Garlic prices have doubled in the past few months, even before the pandemic, and now volume has crashed, likely the result of disrupted supply chains.

This combination has led to a hot garlic market.

The super Jumbo size and the conventional Jumbo 30-pound carton of white Garlic from China into Los Angeles has increased from the $50’s to the $100’s, doubling the prices at the beginning of March, which correlates with the global crisis, according to analysis from Agtools.

Agtools observes that conventional Jumbo size for the 30-pound cartons of white Garlic from Mexico into Los Angeles has also increased from the $50’s to the $120’s, more than doubling the prices in the past year, with the most sharp increases experienced between February and April. 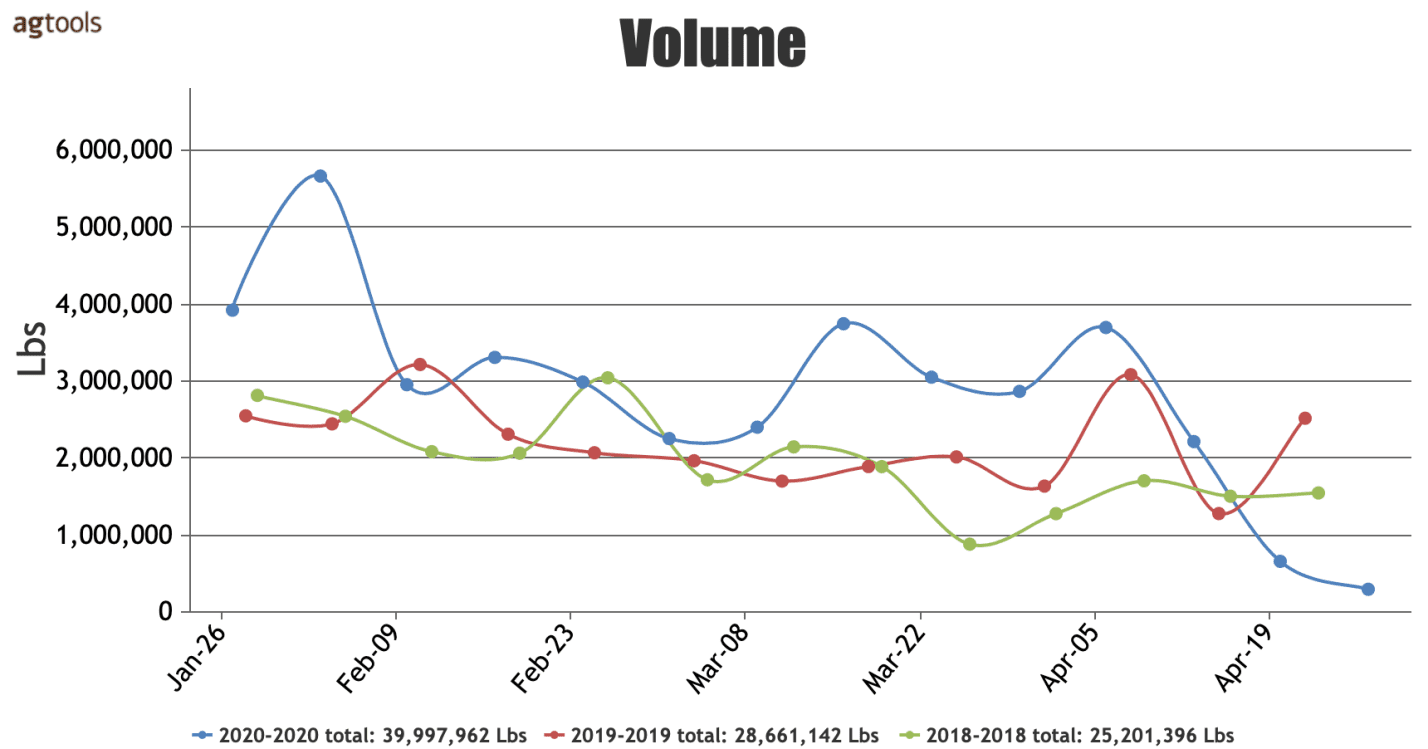 Garlic imports in pounds have increased over the last three years, with 2020 volume exceeding 2019 volume by almost 40 percent, Agtools said. Import volumes have been consistently higher than 2019 and 2018 and only during the last week has a decrease been recorded which has taken volume to below those so far this year.

More information will be necessary to ascertain whether the downward trend is only temporary. 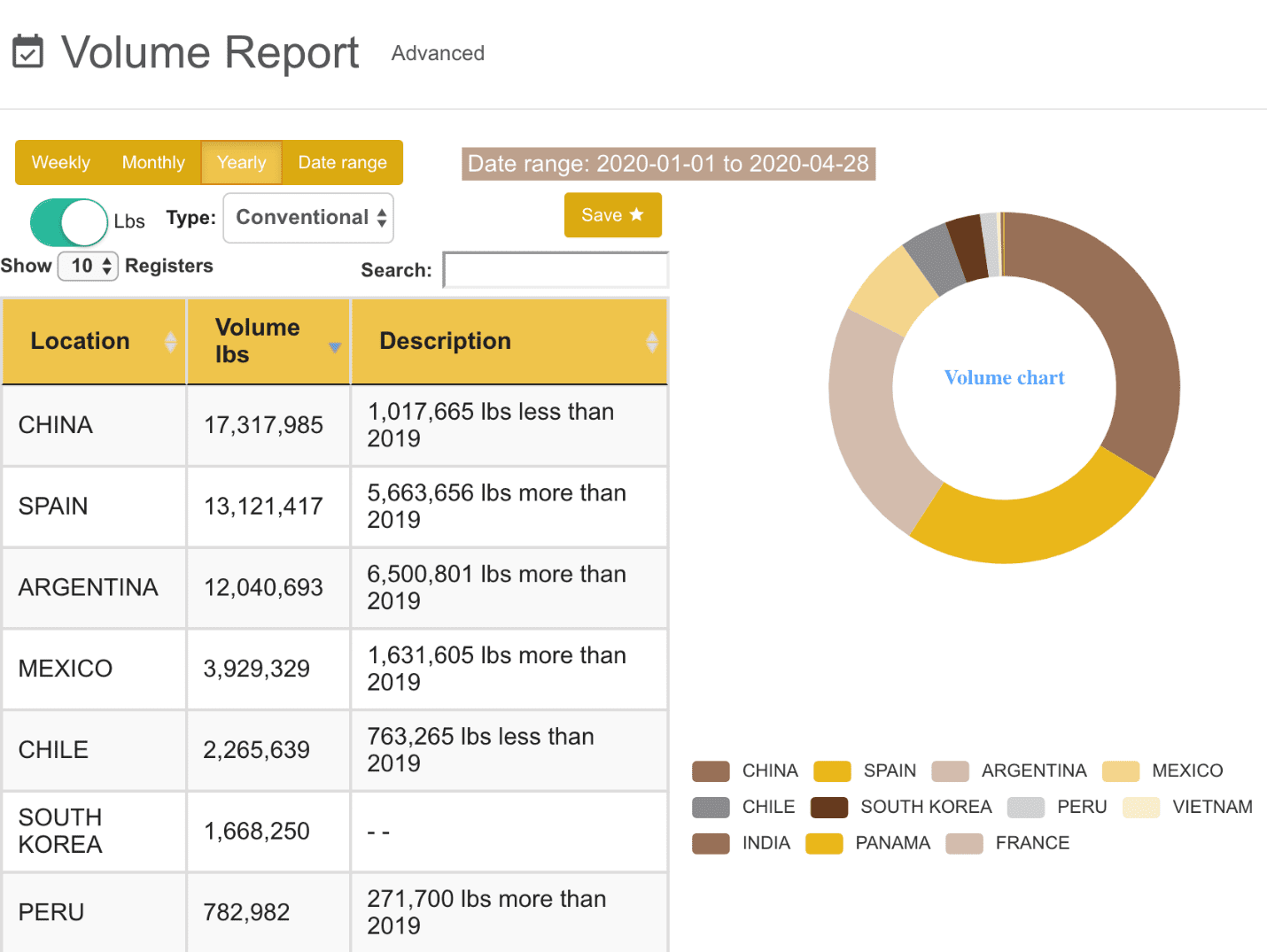 While China remains the largest provider of garlic so far this year, Spain and Argentina are the two sources with the highest recorded increase when compared to 2019. Agtools, says to note that the combined volume of these two countries exceeds by over 12 million pounds their combined 2019 volume. Mexico’s share of imports has also increased considerably in 2020.