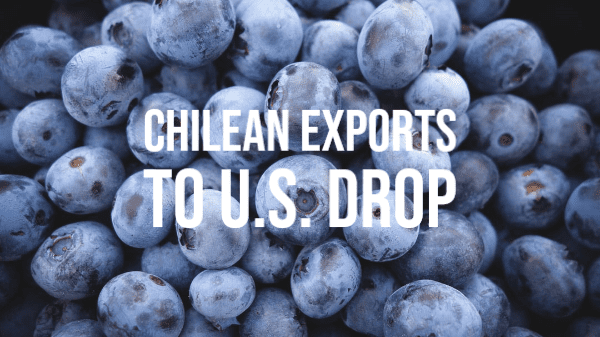 According to the latest crop report by the Blueberry Committee of the Association of Fruit Exporters of Chile (ASOEX), blueberry exports reached 109,291 tons during the 2019-2020 season, a 1.5% decrease in comparison to the previous season.

Per Mundo Maritimo, a Chilean news reporting agency, the report shows that the season kicked off the same as the prior, not being greatly affected by the social crisis going on in October of last year. However, some of the containers arriving in China after the Chinese New Year were affected from the COVID-19 outbreak.

Regarding organic blueberries, North America received 77%, an 11% increase from the previous season and Europe received 23%, an increase of 41%.