With Berkshire Hathaway betting on Kroger Company, will its fortunes turn around?

A few years ago, as its decade-long sales growth began to stagnate and its stock price was on an extended downward trajectory, Kroger Company, BB #:100073 based in Cincinnati, OH, launched a long-term strategy called “Restock Kroger” to boost share pricing and improve its image among consumers.

The Restock Kroger strategy has four prongs: to improve customer experience, to partner with outside entities to increase customer value, to develop talent, and to “live Kroger’s purpose.”

Restock Kroger has been controversial among some analysts and other observers, as quarterly results have continued to lag during the first two years of its planned three-year duration.

The company has been called out for the high cost of its new customer fulfillment centers, the accelerated pace of its store refreshments, and for introducing too many new products too fast.

It has also been noted that other grocery retailers, including key competitors Walmart and Amazon, have taken many of the same steps.

“The whole issue of Restock Kroger, in my mind, is more marketing than substance,” says Bruce Peterson, president and founder of Peterson Insights Inc., in Bentonville, AR.

“The way consumers order and obtain goods has changed rapidly, primarily driven by general merchandise purchases,” he explains. “And when Amazon bought Whole Foods, this put an entirely new spin on the retail food industry.”

As a result, retailers have had to respond to the influence of technology on the shopping experience. “Kroger’s moves in this direction do not offer a competitive advantage, but rather an attempt to offset competitive threats,” Peterson says.

For most of the first two years of Restock Kroger, the company’s profitability has been under pressure from competition from Walmart, Amazon/Whole Foods, and other national grocery chains, as well as due to its significant investments in building its ecommerce capabilities.

Results started to improve in the third quarter of fiscal 2019, however, during which same-store sales (excluding fuel) grew 2.5 percent (the biggest increase since Restock Kroger was initiated) and digital sales grew 21 percent over the previous year. Earnings per share also exceeded analysts’ estimates.

This is a multi-part feature adapted from the cover story of the March/April 2020 issue of Produce Blueprints. 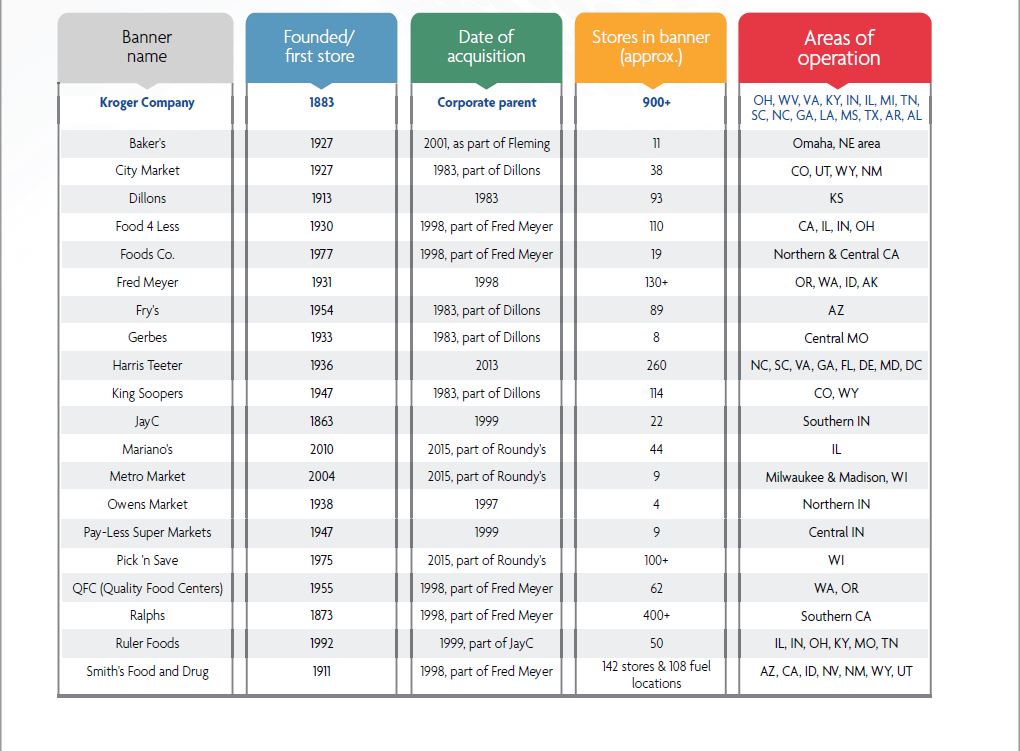