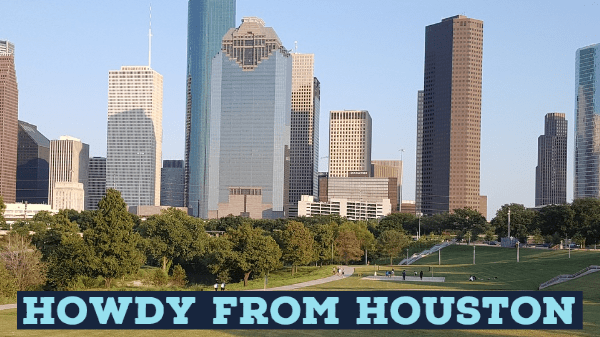 Houston shoppers love their fruits and vegetables, and they don’t have to travel far to fill their cart. Home to a variety of national and regional chains as well as a few independents, the city boasts a flourishing retail scene.

Jimmy Ramos, in buying and sales with Ramos Produce, Inc., BB #:189526 a Houston importer and distributor, agrees, noting there are both positives and negatives to the availability. “The supermarket scene has always been very competitive in Houston.”

Kroger and H-E-B lead by number of stores, with Walmart coming in third. Home-state favorite H-E-B continues to gain national attention: in the third annual Dunnhumby Retailer Preference Index in January, it was ranked number-one, pushing Trader Joe’s from the top slot. Although Trader Joe’s held the title for the last two years, H-E-B claimed the throne in terms of price and quality, the top attributes sought by consumers.

H-E-B also continues to innovate to keep shoppers coming through the door—the grocer recently opened its first store in a mixed-use development in downtown Houston. The 96,000-square foot store, which includes a salad bar and combined bakery/tortilleria, anchors the community space, nestled among apartments, shops, offices, and parking.

Smaller chains, discounters, and higher-end markets in the area continue to hold their own against the supermarket giants.

For example, Aldi has more than 40 stores across Houston, and Randalls, Fiesta Mart, Sprouts, Whole Foods Market, and Trader Joe’s also have a strong presence. Additionally, there are a number of club stores, including Costco and Sam’s Club, and a BJ’s Wholesale Club.

Many Houstonians prefer to shop in the area’s bounty of specialty stores, particularly La Michoacana, which has 72 locations throughout the region. Another retailer appealing to local foodies and ethnic shoppers is Phoenicia Specialty Foods, a Mediterranean/Middle Eastern market that carries more than 15,000 products from over 50 countries. The retailer has two stores in the area, one downtown and a second in West Houston.

Amazon is also taking advantage of Houston’s expanding customer base. In August 2019, the retail behemoth announced that AmazonFresh would expand its delivery services to Houston. This means AmazonPrime members across the city can shop online for fresh produce, meat, seafood, and other grocery store essentials and receive free two-hour delivery.

Dining Out
Eating out is serious business in H-Town—as Houstonians dine away from home an average of 6.9 times per week, more than any other U.S. city.

Fortunately, local diners have plenty of choices. With 10,000 restaurants dishing out cuisine from more than 70 countries, Houston’s restaurant industry is as diverse as the city’s customer base. It’s no wonder Food & Wine magazine declared Houston as the “newest capital of great food.”

At many of Houston’s busy restaurants, seasonal fruits and vegetables take center stage on the plate, or at least serve as strong supporting characters. The city is home to 600 vegan eateries, 700 food trucks, and more than 150 farm-to-table restaurants, many of which highlight fresh, seasonal, and local produce.