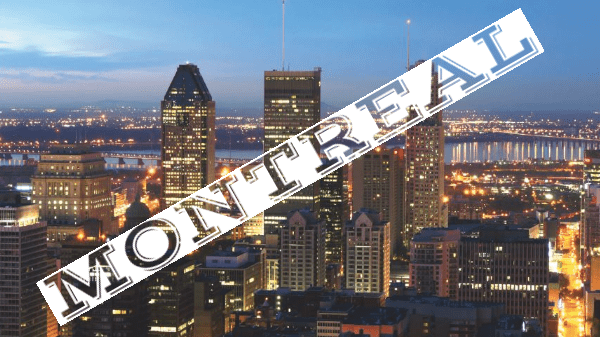 The Quebec Produce Marketing Association (QPMA), BB #:159622 based in St. Leonard, has retooled its message when it comes to marketing fresh fruits and vegetables.

Florian Damy, QPMA’s communications and partnerships coordinator, says the new campaign presents a ‘what if’ scenario for consumers.

“We have a campaign now that shows what one could buy, for the same amount of money, in [both] produce and in processed food. We think this will effectively show that fruits and vegetables are an affordable, healthy choice for Quebecers,” he says.

“We are also delighted to announce that Hugo St. Jacques will be the Ambassador Chef for our I Love Fruits and Veggies movement. Hugo is a devoted and charismatic chef who stars in his own show, Hugo Express, on Zeste.tv,” Damy says.

“We have a horticultural center where we grow all kinds of produce including apples, pears, plums, peppers, tomatoes, squash, garlic, beans, and onions, among other products, and we work with many different varieties of these plants,” reports Meldrum. “We supply a local market on campus and ship to McGill’s cafeterias.

Meldrum says current work includes a new variety of broccoli, pest control related to apple trees, pesticide residues, and research on corn, peas, and lentils. Further, the “Food Sciences department is working on a meatless burger with the texture of meat, and a frozen dessert that doesn’t need to be frozen.”

Meldrum’s team is also working with Dr. Mark Lefsrud of McGill, an expert in indoor farming, to research the use of heat produced by biomass (organic matter used as fuel) to optimize greenhouse operations. The City of Montreal is helping too, having pledged a total of $750,000 CAN to support efforts to expand urban agriculture.

On a related note, one of Quebec’s rooftop hydroponic growers, Lufa Farms, is making news of its own. According to Rosa Moliner, public relations coordinator, there have been two developments at Lufa Farms over the last year. “In April, we made our first-ever warehouse move from Ahuntsic to a new larger location in Ville St. Laurent. Now with our 97,000-square-foot distribution center, we can make more baskets than ever before.”

“This change brings vast potential improvements,” she continues, “including better-packed baskets, as they’re all assembled by one person.” Moliner believes the change lets assemblers be more organized and faster, leading to earlier deliveries and improved freshness. “By assembling baskets in smaller batches, we can get them to Lufavores faster. We’re definitely excited for the year to come,” she says.

This is multi-part feature adapted from the Montreal spotlight in the January/February 2020 issue of Produce Blueprints.