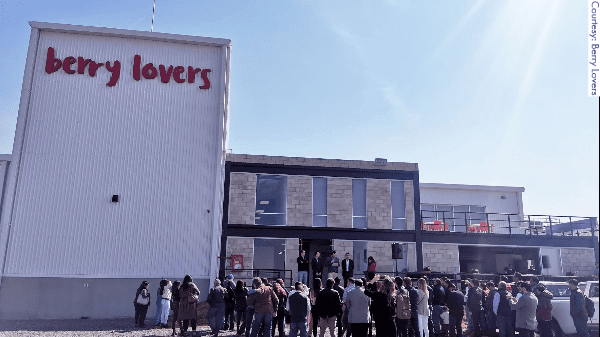 “After four years of commitment, dedication and hard work, we have managed to create a warehouse with impressive facilities and especially with the best technology,” the company said in a news release.

The 3,000 square-foot warehouse uses the BBC Machine, which Berry Lovers considers the best tool for grading and selecting blueberries by the size, color, and firmness. The facility also has refrigerated rooms that lower the temperature of the product to keep them healthy and fresh.

The company hosted a grand opening party last week of more than one hundred people, including partners, families and suppliers to observe the process and handling of blueberries and show the facilities.