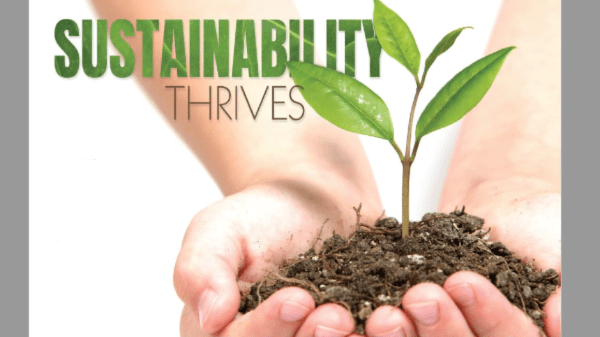 These Nogales, AZ, companies are making serious attempts to move toward greater sustainability. What about the third P—profit? Are these approaches cost-effective? Are they offsetting, or more than offsetting, the expenses?

“In the long run,” says Gretchen Kreidler Austin, director of marketing and business development for SunFed, BB #:150037 Nogales, AZ, “everything we’ve done to be more sustainable will pay off. Most of the things we’ve done have an upfront cost, but we didn’t do them as a means to directly increase our profit; we did them because we believe in doing our part for the planet.”

James Martin of Wilson Produce, LLC, BB #:206396 Nogales, AZ, too stresses the long term: “I believe we’ve gained more opportunities than the ones we may have lost, but we still have a long way to go. Most of the efforts have more of a longer-term payoff than short-term, but as a multigenerational company we understand the importance.”

At Wholesum Family Farms, Inc., BB #:135847 in Nogales, AZ, which now relies on sustainable sources for 40 percent of its energy, Olga Borquez, sustainability manager, points out that “projects we’ve finished on renewable energy have been very profitable.” She notes that “we save about 10 percent” of energy costs switching to renewable. “Solar panels provide an energy savings of 20 percent. The return on investment is six years.”

Shareholder Value Revisited
Having looked at these efforts, let’s return to shareholder value. It turns out to be very important to consider who the shareholder is.

All three of the Nogales companies profiled here are family firms. SunFed is “privately held and mostly family owned,” according to Austin. “We are a fourth-generation, family-owned company,” Martin says about Wilson Produce. Wholesum is a third-generation family operation led by Theojary Crisantes Enciso.

“Ricardo and Theo are sons actively engaged in the business,” Borquez points out.
Companies with this much family heritage invested in the business will see shareholder value in a very different light from a pension fund manager looking at his stock portfolio.

These Nogales companies are invested in sustainability because the owners are intimately involved in what they do and can see the effects of their actions.

They can also take personal pride in their achievements and hope to provide a legacy for their own future generations, which may be the key to their passion for sustainability.

In the long run, then, shareholder value is still king—but who are the shareholders, and what do they call value?

This is multi-part feature on sustainability adapted from the Nogales supplement in the January/February 2020 issue of Produce Blueprints.