The Problem
Salesperson denies a price adjustment was given.

The Key Point
Alleged reputation for dishonesty is unlikely to be considered.

The Solution
Assess the strength of your case based on evidence other than the salesperson’s reputation. 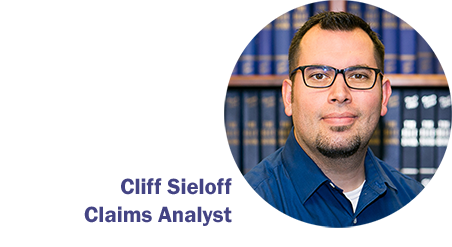 Q: We are a produce wholesaler based in New York. We are currently involved in a dispute with a shipper whose salesman verbally agreed to a price adjustment. We asked for an updated invoice and now we’re being told the price adjustment never occurred. This salesman cannot be trusted, and I can provide several statements from other reputable people in our industry who will tell you the same. Would these statements be admissible? Would they help my case?

A: Admissibility of evidence is more likely to be an issue in cases where a jury is involved. In theory, at least, juries are more likely to be influenced by dubious evidence than a judge or arbitrator. Consequently, in forums that do not utilize juries, including small claims courts, arbitrations, and administrative proceedings (e.g., PACA), rules related to the admissibility of evidence tend to be rather permissive.

Still, even if statements attesting to the salesperson’s poor reputation for honesty were considered by a judge or arbitrator, we would not expect them to be given much weight. First, a judge or arbitrator might ask why you would have relied on a verbal price adjustment if this salesperson had such a poor reputation for honesty? Second, even if you can establish that this person has been dishonest in the past, it doesn’t necessarily mean he or she is being dishonest in this instance.

And third, what if the salesperson counters your statements alleging a bad reputation, with statements from other witnesses attesting to his or her good reputation? Given that in a typical proceeding these reputation witnesses will never appear in person, it would be very difficult for a judge or arbitrator to assess the credibility of these statements.

The strongest forms of evidence presented in produce claims tend to be (1) written documentation produced contemporaneously with the transaction, such as sales confirmations, emails, confirmations of verbal notices or agreements, bills of lading, trouble notices, etc.; (2) tangible evidence, such as temperature reports; and (3) evidence from disinterested third parties, such as a government inspectors and the USDA’s Market News Service.

If your case cannot be supported with evidence of this nature, this may be a sign that you’re fighting a losing battle. Furthermore, specifically where price adjustments are concerned, it must be remembered that the party alleging the modification to the original agreement bears the burden of proof.