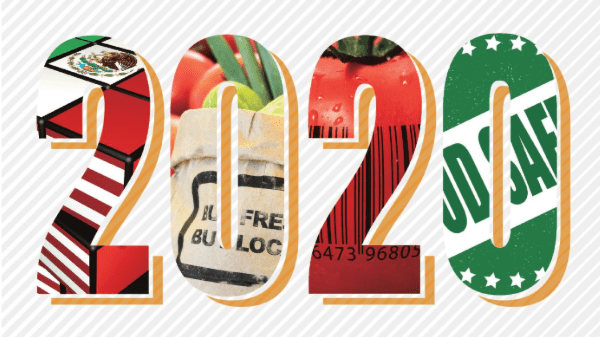 “There have been many mergers and acquisitions in the produce industry in the last couple of years and I believe that will not only continue, but escalate,” says Steve Grinstead, CEO of the FreshEdge companies, which oversees several produce and specialty food distributors, fresh-cut operations, and a USDA-certified kitchen facility to make grab-and-go snacks and meals.

“Interest from private equity in produce is at an all-time high,” confirms Don Goodwin, founder and president of Golden Sun Marketing. He predicts the trend will continue for two to three years before slowing down. “I think it’s unprecedented.”

Wholesalers, processors, and landowners have all been affected by the trend.

Goodwin says activity has occurred in multiple commodity segments from apples (four transactions in the last two years) to grapes, citrus, and potatoes. Controlled-environment agriculture, which has seen an infusion of $2 billion in private equity, continues to see strong interest as well.

Driving factors
A number of factors are influencing the private equity and M&A boom. On the grower side, as the big players get bigger, smaller players are banding together to survive.

“Costs keep going up for updated facilities, food safety, new technologies, increased government regulations, etc.,” adds Grinstead. “Smaller companies are having a tougher time covering those costs with their current revenue and gross profit. Larger companies are able to spread the costs over a larger base.”

“As part of [a merger] ourselves, we believe the food industry is changing to accommodate customer and consumer demands alike,” Priscila Stanton, vice president of marketing for Irwindale, CA-based Bonduelle Fresh Americas, which acquired Ready Pac Produce, Inc. BB #:114498.

“These acquisitions are the beginning of companies tapping into their network and resources to better refine offerings and bring product solutions to market. Big food companies, especially, are seeing the need to diversity their portfolios with healthier foods and plant-based offerings.”

“Many produce business owners are getting closer to retirement and having to make decisions about how much further they want to invest in the company, and how to approach their overall exit strategy,” Grinstead says.

Dollars looking for a home
On the investor side, the recession that began in 2008 led private equity investors to study the market, Goodwin explains, noticing that produce fared relatively well during the downturn, making the industry an appealing target.

Grinstead agrees: “Private equity is very interested in the produce industry, as it’s a new fishing pond and there’s still a tremendous amount of investment capital on the sidelines looking for a place to go,” he reports. “This, combined with strategic groups needing to grow, has produced an acquisition and merger-rich environment.”

It turns out fresh produce companies are ripe for the picking, so to speak, to not only offer capital for expansion but for high-tech tools as well.

“At FreshEdge, we’re teaming up with the best companies in the industry, then employing additional analytics, technology, and best practices at each to make the combined companies even more efficient and effective,” explains Grinstead.

“I’m excited about ag investment by private and public investor groups,” says Kris Park, from the Food Industry Management Program at Cornell University in Ithaca, NY. “They’re investing in technology that might change the way produce is grown in five to ten years—it’s a really exciting time.”