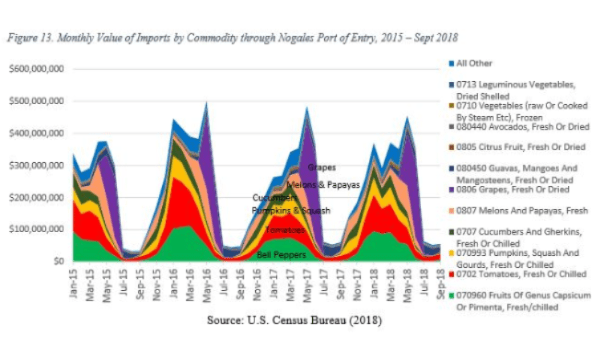 But a cold inspection operation would allow area businesses to import high-value crops in the summer, such as asparagus, avocados and berries, which have to maintain the cold chain during importation and transportation.

The FPAA worked with the state government of Arizona and Santa Cruz County for funding, as well as a loan from the association.

Felix said the facility would be inside the ports of entry of Mariposa in Nogales and would be able to handle four to six loads at a time.

“The design has been finalized, and it will be presented to the federal government in the next days for its approval,” she said November 12. “We hope that the inspection will be running for next season.”

Once constructed, she said the facility will be donated to the federal government and be operated by the Greater Nogales and Santa Cruz County Port Authority.

Felix said a University of Arizona study released in September showed such a facility would return about 150 to 200 percent of the investment.