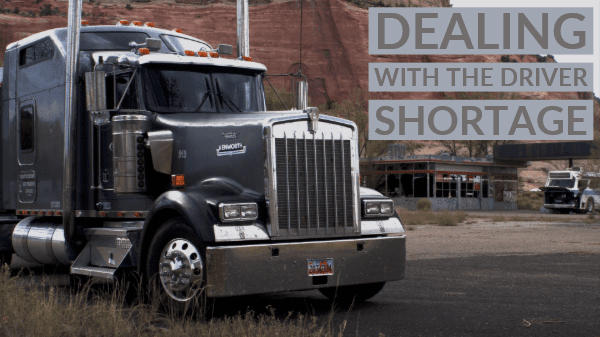 Not everyone is so pessimistic about the lack of commercial truck drivers.

“There’s still a shortage, but the market has had some corrections as companies have increased pay and benefits, and addressed many driver concerns and challenges.

“Last year we saw a spike in the economy, and this year we’re prepared,” Moore adds.

“Is the driver shortage real?” said Kevin Small, founder and CEO of Agri-Fresh Inc., BB #:342499 Lockport MB. The answer is a resounding yes, and there are certainly limitations, but freight is still moving.

“When there are ten loads of vegetables to ship and only eight go… It needs to get bad enough that produce has to sit on the docks.”

Shawn Boyle, president of the Idaho Grower Shippers Association, BB #:162336 Idaho Falls, agrees the breaking point will be when product sits. “People will have to feel some pressure, like no vegetables at the grocery store,” he said. The extreme will be if people have to go hungry, then they “will wonder where their food is.”

Jennifer Morris, president of Two Roads Logistics in Toronto, ON, believes most people don’t know or care that there’s even a driver shortage.
“This is the largest industry in the world that no one knows anything about,” she said. “The customer has to start caring for change to come.”

Moore is the most optimistic or maybe least pessimistic. “In my opinion, the market always self-corrects,” he said. “We saw record tractor sales (last winter). We see driver pay increasing as well.”