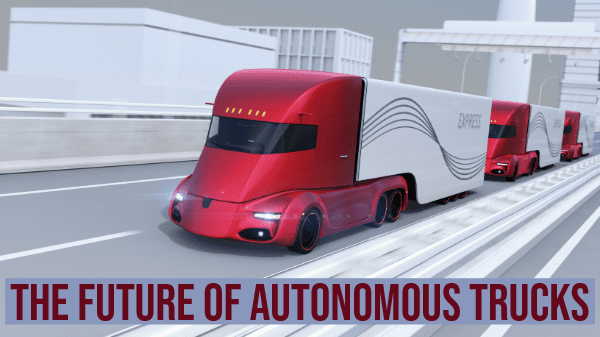 The first commercial delivery by an autonomous truck took place in October 2016, when an 80,000-pound truck cruised 120 miles—without a driver behind the wheel—to deliver 45,000 cans of Budweiser from Fort Collins to Colorado Springs in Colorado. The two-hour trip was monitored by a driver in the sleeping berth.

This delivery by startup company Otto, a subsidiary of Uber, seemed to anticipate the coming of an era of autonomous trucking. Many in the industry think it is not a matter of if, but when it will come to pass.

While there are plenty of obstacles and hurdles to be addressed, autonomous trucking appears to be on track to affect the $740 billion-a-year U.S. trucking industry and the delivery of fresh produce—exactly how remains to be seen.

“This is arguably the most revolutionary period in the history of trucking—at least since the internal combustion engine replaced the horse and buggy,” said Steve Viscelli, a sociologist at the University of Pennsylvania who studies work, labor markets, and public policy related to freight transportation, automation, and energy.

Full Speed Ahead?
Viscelli, who authored a report called “Driverless? The Future of Autonomous Trucks and the American Trucker” in 2018, said it is clear there’s momentum for self-driving trucks, with investments from both large companies and small startups.

Several companies continue to advance the quest for autonomous trucking, many of which are concentrated in northern California. San Francisco-based Embark Trucks orchestrated an autonomous trek from Los Angeles all the way to Jacksonville, FL with a custom Peterbilt truck and continues to run trucks between Los Angeles and Phoenix, while another San Francisco firm, Starsky Robotics, ran its first driverless trip on public roads in Florida.

The company not only has multiple autonomous models for various types of driving, but recently bought a stake in software developer Torc Robotics, based in Blacksburg, VA.

The best news is funding: money continues to flow rather freely into research and development. Total funding for new truck technology development, including autonomous trucks, was estimated to reach $1 billion in 2017—up 1,000 percent in just three years—according to CB Insights, which follows the venture capital industry.