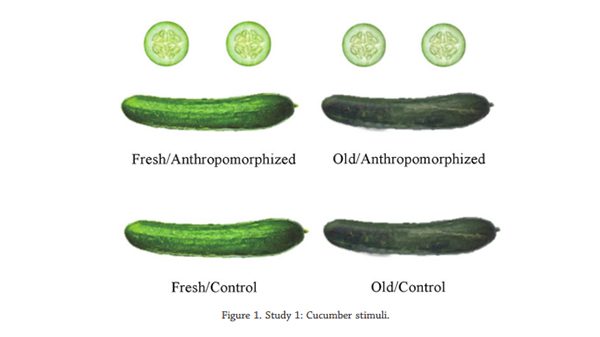 Take it easy on the fresh produce markdowns, it’s time for a new branding strategy.

A new study found that consumers have a better attitude toward fresh produce that is approaching the end of its shelf life if it is presented to them in a “humanizing” way.

The study: From Oldie to Goldie: Humanizing Old Produce Enhances Its Appeal by Minkyung Koo, Hyewon Oh and Vanessa Patrick referenced the Japanese design tradition of “wabi-sabi,” which honors the imperfections of aging and the inevitable passage of time.

“Consumers discard produce when they observe damage from mishandling or evidence of spoilage that might render the food inedible,” the paper said. “This decision to waste is based on functional considerations regarding the compromised nutritional value, quality or remaining shelf life of the food.”

However, researchers said, aesthetic cues also can have an impact on disposal decisions.

“Produce, especially, may be abandoned for purely aesthetic reasons based on slight visual imperfections that result in the produce not meeting market standards of visual appeal,” researchers said. “In this case, perfectly edible food is discarded simply because it does not look good.”

Researchers tested visual messaging using both fresh and “old” fruits and vegetables, anthropomorphized and not. The “humanizing” in some cases was as simple as making a smiley face out of a cucumber.

The preliminary results suggest more research into messaging to consumers based no only on age of the fruits and vegetables, but other cosmetic imperfections as well. Researchers also suggest grocers and marketers consider using similar strategies to promote produce closer to the end of its shelf life.

“Making food that would otherwise go to waste more appealing to consumers may allow store managers to avoid having to reduce the price for that older produce, which would improve the bottom line,” Patrick said, in a news release.