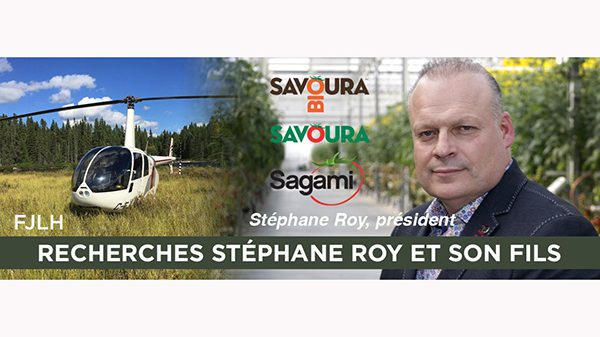 The owner and founder of a Quebec greenhouse vegetable company and his son have been reported missing after failing to return from a fishing trip.

According to a story from the Canadian Press, Stephane Roy, owner of Les Serres Sagami Inc., BB #:337858 Sainte-Sophie, QC, and his 14-year-old son failed to return by helicopter from their fishing trip July 10. Canadian authorities have been searching for the two since.

The company released a statement on its website July 11, which said every effort is being made to ensure that they are found safe and sound. The relevant authorities are doing their research work.

Roy is an experienced pilot who has many hours of flying time on this type of aircraft, an R44 helicopter. It is too early at this stage to make assumptions. Family and loved ones at this time are not commenting.