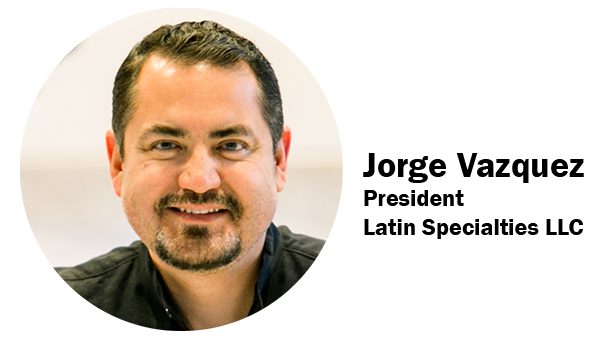 There is a direct correlation between social responsibility and ongoing labor issues. The labor shortage in the produce industry is in many ways connected with low wages and the general deflation experienced in produce pricing over the last several years.

There isn’t a simple answer, but it’s something we need to start talking about, and everyone needs to chime in so we can move the needle in the right direction.

As far as pricing, we’ve had (unofficial) inflation in every single aspect of our lives. There are deflationary forces on produce prices that have kept them the same or even cheaper than 20 years ago. Just look at banana or tomato prices, for example. At 3 pounds for $1, no one is making money, much less the grower or the workers harvesting. It’s completely unsustainable from any point of view, much less from the labor standpoint. Sustainability starts with pricing—without it, there’s no sustainability anywhere in the chain.

To the surprise of many in the United States, Latin America is also having labor issues and the situation is not getting better. First, just like the USA, there’s cultural change: the new generation is not looking for careers in the farming industry. It’s hard work under harsh conditions with little pay, and no one wants to do it anymore.

Second, there’s a general farm worker shortage. In Mexico, for example, a typical farm laborer makes about 250 to 300 pesos (or about $13 USD) for a full day of backbreaking work. When they learn U.S. workers can make the same amount of money an hour, the choice is simple: emigrate. Additionally, when wages are divided by the amount of output a laborer is expected to harvest in a day—in some cases 500 to 700 kilograms—this comes out, shockingly, to only a couple pennies per pound.

An increase of just 5 to 10 cents per pound in price could make a huge difference to those who perform the work. The industry needs to demand a higher percentage of pricing trickles down to workers for better wages and living conditions.

In Mexico, we’re seeing the first seeds of change. Some farmers are trying to provide better wages along with food, childcare, improved housing, health care, and access to substance abuse programs to attract and retain laborers. They’re beginning to see the connection between social responsibility and good business. Self-interest is moving the needle, but at least it’s moving in a better direction.

Of course, end buyers in the USA and industrialized countries have a say about what happens in other countries. Food safety is one example—it doesn’t come naturally to most growers, and some even fight it, but they do it because companies would not buy from them otherwise. There is a direct economic incentive to change, so they do it. Perhaps the same could be true for labor?

We must set standards for sustainable labor, then verify and publicize it so consumers understand they’re paying more because it’s more “sustainable” from a social point of view. Farm laborers here and abroad do not need our charity or donations; they need realistic and fair compensation for their work.

Fortunately, some U.S. retail chains are already beginning to require “social responsibility” questionnaires from suppliers. It’s a step in the right direction; we should applaud and follow their lead.

This may sound similar to existing fair trade certification; however, it’s not, as the money does not always trickle down to the laborer. What I’m suggesting is more industry driven, with produce buyers responsible for verifying suppliers pay sustainable wages. This could be thought of as more like the FSVP of the new FSMA law.

Now more than ever, consumers have more choice on where to buy their produce. Traditional distribution channels have been disrupted by newcomers like meal-kit companies, delivery services, ready-to-eat meals, convenience stores, local markets, food trucks, and international retailers setting up shop in the United States.

The market for produce is being diluted, and all of us in the industry are being forced to do more deliveries, assume more risk, and sell our produce in more representations than ever, just to keep market share. While the natural reflex for most would be to lower prices to compete, I suggest this is an opportunity to do the opposite.

We, as an industry, need to embrace change and rise up to the challenges. The new generation of Americans growing up today is more engaged than ever. They want to know where their food is coming from and how it’s grown. They care about the environmental and social impact of their choices, and are willing to pay more to create sustainable industries.

Yes, the current situation in the produce business is tough, but for those of us who understand these values and deliver on these needs, the future is still bright.