Thanks to its prime position in the Pacific Northwest, Oregon is a major exporter to countries across the globe. In 2017, the state exported more than $5 billion in agricultural products, according to the Oregon Department of Agriculture. 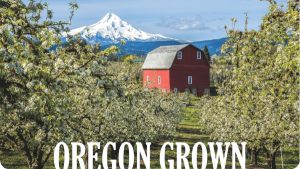 While exports to Canada and Mexico are primarily shipped by truck, commodities headed to overseas destinations are transported via one of the state’s 23 ports.

Oregon is home to 14 coastal ports with 9 along the Columbia River, including Portland, where ag products represent nearly 60 percent of its total export tonnage.

Since the country is a top trade partner of Oregon, the increase would be a major blow to state growers. Mexico, too, levied tariffs in 2018, adding a 15 to 25 percent tariff on U.S.-grown apples, potatoes, and cranberries.

Paul Kern, sales manager with Botsford & Goodfellow, Inc. in Portland, acknowledges the uncertainty, threats of tariffs, and even exchange rates have all had an impact.

“New tariffs and the value of the Canadian dollar have both played rolls in slowing up exports to Mexico and Canada.”