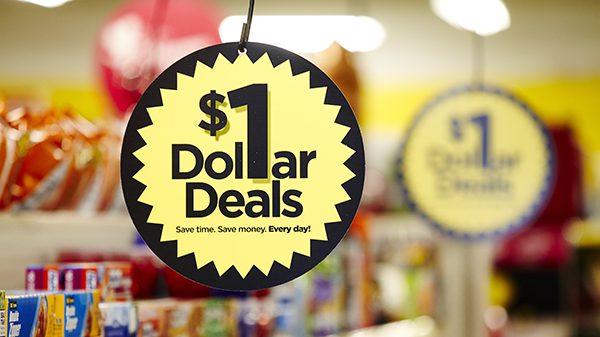 As deep discount stores, so-called “dollar stores,” add more fresh food to their lineup, a new study by the University of Nevada, Las Vegas, found produce quality was virtually the same as traditional grocers in the area.

This combats the perception that discounters are carrying lower quality foods.

Researchers found “while dollar-discount stores did have lower availability, they provided fresh and healthy foods which were usually less expensive,” according to the report’s abstract published in the International Journal of Environmental Research and Public Health, December 2018 edition.

Researchers sent shoppers to 14 dollar stores and 40 traditional retailers in the Las Vegas market to check availability and quality.

The “quality” score was based on the “acceptability of fruits and vegetables” with “more points being earned based on the proportion of acceptable produce items.”

They defined “acceptable” as “the majority of the produce being in ‘peak condition, top quality, good color, fresh, firm and clean.’”

Researchers found 84% of the produce and 89.5% of other foods were “significantly less expensive” at dollar-discount stores. Price calculations were based on weight, not unit.

Dollar-discount stores should be considered when assessing the impact of “food deserts,” researchers said, based on the availability of fresh and healthful foods.

“Findings indicate that dollar-discount stores may be an existing community asset, and considering them as such may aid efforts to strengthen the overall food system,” the report said.

This goes contrary to findings from the Institute for Local Self-Reliance, which claims big chain discounters like Dollar General are taking away business from local grocers.

Goodlettsville, TN-based Dollar General has been adding fresh produce to a small portion of its 15,000 stores as it remodels and expands selection. To date about 450 stores have fresh produce.