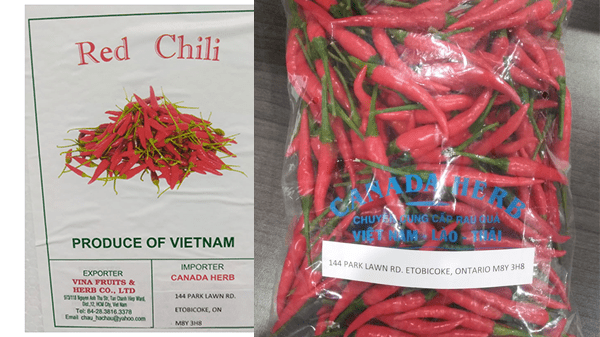 An undisclosed amount of red chili peppers grown in Vietnam are being recalled in Canada due to a possible salmonella contamination.

The recall was announced January 20 and expanded to include meal kits distributed by Hello Fresh and Chef’s Plate in Canada on January 21.

The Canadian Food Inspection Agency said the peppers initially entered the retail market in Ontario, but distribution was broadened to include Manitoba, New Brunswick, Newfoundland and Labrador, Nova Scotia, Prince Edward Island and Quebec when the meal kits were included.

Bulk chili peppers from Canada Herb being recalled include all packaged sold up to and including January 20. There is no UPC or lot code information for bulk product.