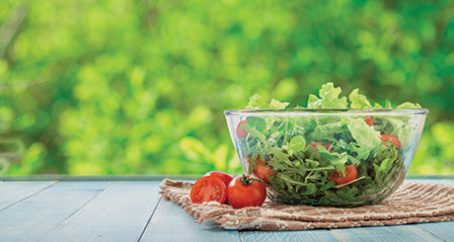 “This new housing project will relieve some of the housing problems the Salinas area is facing,” stresses Nunes, “particularly during the produce harvest season.”

The company hopes the project will help usher in a new era of stability and worker well-being. “Boronda Villas creates an environment to recruit and retain a consistent and loyal workforce.”

Bob Roach, Monterey County’s assistant agricultural commissioner, emphasizes the value of these efforts, as a ‘once you build it, they will come’ example to attract more workers. “One of our problems here in the county is a lack of affordable housing. It’s great to see the ag industry step up and build housing; any effort to ameliorate the housing shortage here is good.”

Policy woes
Groot hopes housing will serve as an incentive to bring more workers into the area, as there are not nearly enough. “Salinas Valley has experienced labor shortages for harvest crews for several years,” he contends. “Salinas growers need approximately 45,000 harvest crews each year for vegetable and berry crops.”

Even with the use of the federal H-2A visa program, which many find cumbersome and inadequate, the problem is compounded by harsh rhetoric from Washington DC and recent U.S. Immigration and Customs Enforcement raids across the country, keeping some workers from crossing the border due to fear.

Further, insists Groot, is “the lack of comprehensive immigration policy on a national level, as well as no progress on a temporary worker program that addresses California’s specialty crops.”

A case in point is a state report from the Economic Development Department that found farm payrolls for August 2017 were down by about 2,000 workers or over 2 percent from previous years, exacerbating the competition for labor.

Automating processes
With labor as a relentless challenge, growers continue to turn to technology in the fields and packhouse. Innovations like Tanimura & Antle, Inc.’s PlantTape transplanting system continue to gain popularity.

Introduced a few years ago, the biodegradable tape can reduce a transplant crew from 16 to two workers. Several commodities are now available including broccoli, cauliflower, celery, lettuce, onions, and even tomatoes.

Although this technique and other investments in mechanization have the potential to shake up planting and harvesting for field-grown commodities, many of the region’s most important crops must still be harvested by hand. This is also true for organic growers, who have been hit particularly hard by the labor shortage.