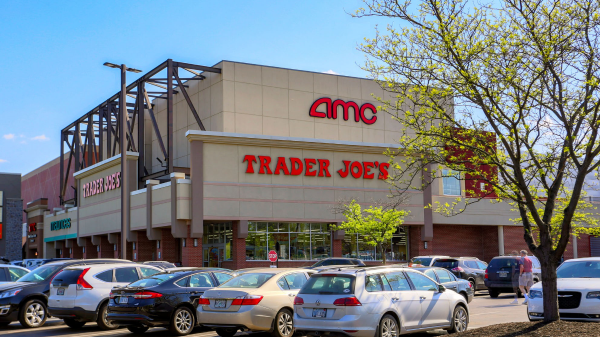 Around four years ago, I went to Sears Auto to have my car battery replaced.

While I was waiting, I wandered around the store. It was almost completely devoid of customers and clerks. I had the whole floor to myself.

I decided to buy a couple of towels, but there was no one in the linen department to check them out. Eventually, I went to appliances, which had the only floor staff present. I could have walked out with the towels, and no one would have cared.

In 2017, the global investment bank Credit Suisse was predicting that 20-25 percent of U.S. malls would fail in the next five years. And that was before the pandemic. Since then, J.C Penney and J. Crew have sought court protection. Macy’s, Nordstrom, and Bed Bath & Beyond announced widespread closures.

One possible hope has begun to appear for the anchor store concept: supermarkets. In March, the Westfield Oakridge mall in San Jose, CA, saw the opening of the popular Asian grocery store 99 Ranch Market, with lines stretching outside the doors. Since then, mall traffic has jumped 10 percent, reports Bloomberg Business News.

In nearby Santa Clara, visits to the Westfield Valley Fair mall also increased after the opening of the Eataly, a combined Italian marketplace, restaurant, and cooking school.

Yet grocers have been flourishing in recent years. Only value outlets and dollar stores have outpaced retail grocery openings.

One research firm, Green Street, says that adding a grocer can add 20 percent in foot traffic to a shopping center.

In the Stratford Square Mall in Bloomingdale, IL, a Woodman’s, opening in August 2021, replaced a defunct Macy’s.

This, by the way, was the same mall that housed the unfortunate Sears mentioned above, which, of course, has since closed.

On the face of it, the idea seems solid. Supermarkets are notoriously recession-proof, so people will continue to come even when the economy is bad. This could be a major step in a mall renaissance.

I do have one question, though. The old anchor stores—Macy’s, Sears, and so on—did not sell perishable goods. If you bought something there, it was no problem going into the main section of the mall. Chances are that your purchases weren’t that big anyway. And if they were, so what? You could just put them in the car and go back in.

It’s not so simple with bulky grocery purchases. No one is going to want to go around a mall with bags and bags of groceries, not to mention packs of soft drinks, beer, and other beverages.

You can put all these things into the car, but a lot of them are perishable. Are you going to want to leave your ribeyes and lettuce in the back of your trunk for an hour while you’re traipsing around the mall?

If you are in North Dakota and it is February, this is probably not a big concern. But the bulk of the U.S. population lives in climates that are warmer and getting still warmer.

One small detail—but it could affect the future of this bulwark of the American retail industry.

People could end up going to grocery anchor stores in malls without going into the malls themselves.