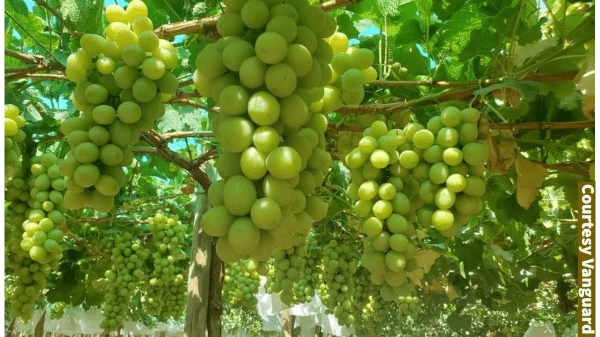 For the first time, grape shipments from the southern hemisphere exceeded 1.5 million tons in the 2021/22 season.

Of the 1.5 million tons exported, 40 percent were from Chile, 35 percent from Peru, 23 percent from South Africa, and 4 percent from Brazil, according to TopInfo.

Chile continues to be the world’s leading table grape exporter with exports reaching almost 600,000 tons. The main destinations are North America with over 50 percent, Asia with 22 percent, Europe with 16 percent, and Latin America with 7 percent.

South Africa has been recording progress in its table grape industry for years. This season it reached 350,000 tons for the first time with the main destinations being Europe with 76 percent, Asia with 12 percent, followed by North America and Russia.

Peru was able to reach 530,000 tons in table grape exports with North America taking in 45 percent, Europe with 25 percent, Asia with 15 percent, followed by Canada, Latin America, and Eastern Europe.

Brazil reached 63,000 tons this year with Europe continuing to be its main destination taking in 78 percent, followed by North America with 15 percent and Latin America with 7 percent.