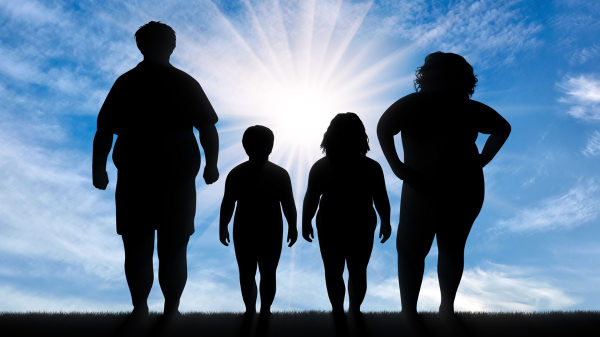 I’ve done some research to follow up on a hunch of mine, which turned out to correct.

First, the percentage of people who smoke in the U.S. Smoking rates have declined from around 42 percent of the population in 1965 to around 15 percent today. (Figures vary by a percentage point or two, depending on whose statistics you are using.)

Nevertheless, I don’t find much research on the relation of the two. Studies exploring the connection mostly discuss whether quitting smoking leads to obesity.

I’m thinking demographically. Since smoking rates have dropped so much, it’s implausible to assume that most obese people today were once smokers, so quitting smoking does not explain this trend.

Which can be summed up thus: the proportion of the U.S. population who regularly engage in unhealthy oral stimulation (I know it sounds dirty) has remained more or less constant for the last 55 years.

My explanation is anecdotal. I remember that prime-time TV ads in the sixties were dominated by cigarette commercials: the Marlboro man, Benson & Hedges 100s, with its women’s lib theme (“You’ve come a long way, baby / To get where you got to today / You’ve got your own cigarette now, baby / You’ve come a long, long way”).

Today’s TV is dominated by fast-food ads. It is very hard to watch a Seinfeld rerun without being tempted by ads for juicy burgers that are as thick as a dictionary.

I bring this up simply because it is part of the background against which the produce industry is operating. I have said more than once that I believe the industry’s biggest problem is not fears of pesticide contamination but people’s preferences for fast and processed food.

What should the industry do? Tell everybody they should munch on celery stalks instead of mozzarella sticks? Maybe. But at the very least, it should pitch its future strategies with these important demographic facts in mind.

Fast food per se is not the enemy. There are chains, like Chipotle and Crisp and Green, where produce is much more in the spotlight. And it appears that the younger generation is open to healthier dining more than its parents or grandparents.

On the other hand, the baby boom generation—which spawned Whole Foods and granola and made yogurt a mainstream food—is not exactly free from obesity, so we will see how far this goes.

In any case, I believe that those who grow and sell fresh fruits and vegetables need to account for the appeal of fast and junk food in long-term strategies. It will take a lot of market research and more than a touch of genius to overcome this obstacle.