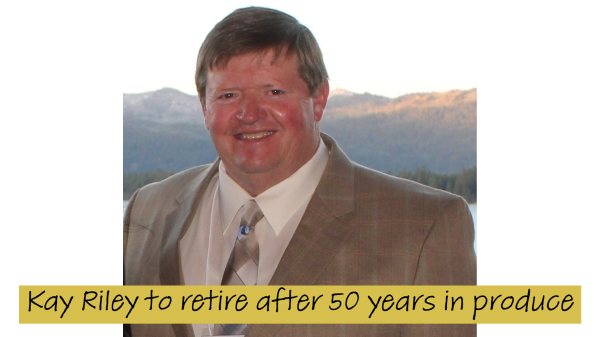 Kay Riley, founding member of Snake River Produce Co. LLC BB #:163082, plans to retire May 31. This is his 50th year in the produce industry.

General manager Josh Frederick said Snake River’s remaining partners have bought out Riley’s part of the business and will lead the company following his retirement.

Riley is a former president of the National Onion Association and Idaho-Oregon Fruit & Vegetable Association, who worked at Snake River Produce since founding it with other partners in 1999.

He grew up on a produce and Christmas tree farm in Utah and started his career in the state. Prior to founding Snake River, he worked for Muir-Roberts Co. in Salt Lake City. Then in 1999, his partners bought Muir-Roberts’ onion packing facility in Nyssa, OR.

The company will hold a retirement party for Riley on June 4.