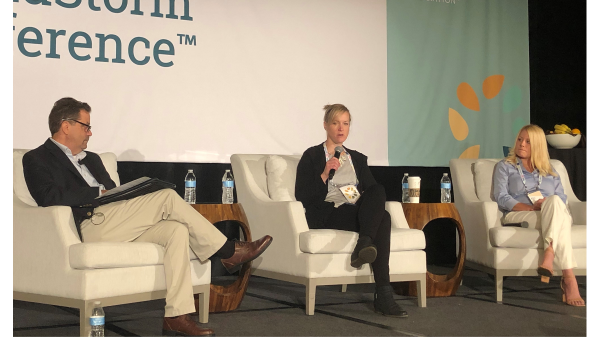 Grocery retailers have adjusted their businesses the last two years, as high inflation has followed a global pandemic that has changed consumer behaviors.

At the International Fresh Produce Association BB #:378962 Brandstorm conference May 18 in San Diego, three retailers gave examples of what has changed at their chains.

Molly Tholen, senior brand manager – fresh, The Kroger Co. BB #:100073, said that not only did e-commerce accelerate during the pandemic, but consumer expectations have risen dramatically.

“Now the lines are blurring between in-store and e-commerce, and expectations are that produce should be amazing in both,” she said. “In store, customers still want an experience.”

Joann Anderson, director, brand strategy, Albertsons BB #:193326, said the pandemic has taught the retailer that connecting with customers has become more important than ever, both in-store and through social media.

Caitlin Tierney, senior director of produce innovation, Sprouts Farmers Market BB #:168563, said that as consumers deal with higher prices because of inflation, her chain has reevaluated its value position.

“Sprouts used to be value-priced on produce. We’re still low [priced] but a lot more strategic and not as silly on prices,” she said.
Like Albertsons, Sprouts has found value in connecting better with customers, especially in store, she said.

“We’ve been doing more events in stores,” Tierney said. “We look at cherries, and that’s a bonus item in addition to a customer’s regular basket. So, we’re trying to create that with other items, like tropicals, giving a unique flavor or experience.”

Tholen said Kroger’s messaging has been better tuned to how consumers have shifted in the last two years from stay-at-home indulgence to now more value-oriented due to inflation.

“We’re promoting value more,” agreed Anderson. “But there is still some tolerance for higher prices.”

Tierney said over the last two years Sprouts consumers have become better educated, so she would like to see her suppliers help with messaging.

“I’d like to get away from basics on marketing to consumers to more produce differentiation,” Tierney said.

She also said she’d like to see more emphasis on local and seasonality in the produce department.