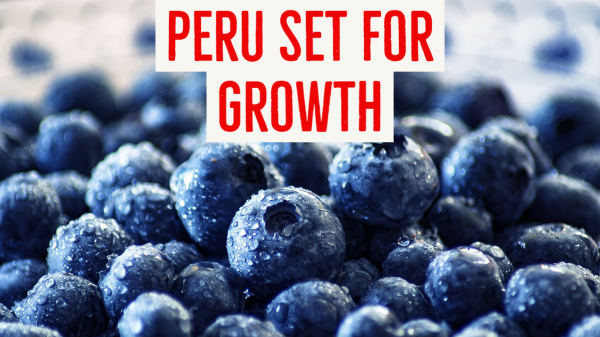 According to the Association of Blueberry Producers of Peru (Proarandanos), exports of fresh blueberries would reach 222,714 tons in the 2021/2022 campaign.

A large percent coming from two of the oldest varieties (Ventura and Biloxi), however, producers are now looking to differentiate themselves.

Regional director of Fall Creek & Nursery, Ricardo Polis, told Agraria that in the 2021/2022 campaign, the varietal replacement began, with fewer plants of the Biloxi variety and more demand of the Atlas and Bianca varieties.

“The blueberry consumption revolution has already begun, [as] it happened with grapes before. In the short terms, the consumer will have a better quality of fruit, sweeter, larger, and crunchier. And what the producer will have is higher productivity per hectare and a lower harvest cost,” Polis said.

He went on to say that Peru is leading the replacement of varieties in the blueberry market and projected that of more than 300,000 tons that Peru could export in 2025, around 120,000 tons will be of new varieties.

In addition to better flavor and size, growers have also increase organic production.

Luis Miguel Vegas, general manager of Proarandas, said the organic berry participation in next campaign is expected to increase from 8 percent to 15 percent.