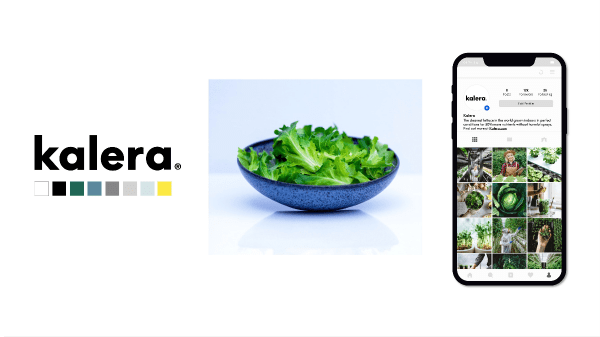 ORLANDO, Florida, May 13, 2022 (GLOBE NEWSWIRE) — Kalera AS, one of the leading green leaf vertical farming companies and a leader in plant science for producing high-quality products in controlled environments, today announced that it has appointed James Leighton as Chairman and Chief Executive Officer.

Leighton is an established executive with a strong reputation in the consumer packaged goods (CPG) and food industries.

“Jim is a true Level 5 leader with a deep and diverse background in leading companies in the food and CPG industries. His focus on people and his disciplined approach to operations and execution will serve Kalera and its shareholders well for years to come,” said Curtis McWilliams, the current interim CEO and incoming Chairman of Kalera’s Board of Directors following the announced merger with Agrico Acquisition Corp.

As a veteran executive with over 20 years in leadership roles in the CPG and food industries, Leighton will provide Kalera with solid leadership as the company continues to pursue its vision of strategic growth. Leighton most recently served as CEO of Ingham’s Enterprise. Founded in 1918 and listed on the Australian Stock Exchange, Ingham’s is the largest poultry producer in Australia with a turnover of $1.9 billion.

Previously, Leighton was President and Founder of 40North Foods, a subsidiary of JBS SA founded to create protein-focused brands. He served as Chief Operating Officer, Interim CEO and Director at Boulder Brands, Inc., where he played a key role in scaling the business and ultimately selling it to Pinnacle Foods.

In addition, Leighton spent seven years at Perdue Farms, including as President of the company’s Global Food Group. Leighton holds an MBA from keller Graduate School of Management and a bachelor’s degree in Business Administration and Industrial Relations from the University of Iowa.

Jim Leighton noted: “I couldn’t be more excited to join Kalera at this momentous time. It is an incredible opportunity to work with a team of great skills to create the world’s leading company in the production of clean, fresh and locally grown products with the support of the board of directors and the various stakeholders of the company. I immediately appreciated the efforts of the Kalera team in positioning the company for a great future and look forward to working with the management team to further leverage all of our complementary capabilities.”

About Kalera:
Kalera is a vertical farming company based in Orlando, Florida. Kalera uses proprietary technology and plant and seed science to sustainably grow leafy vegetables year-round, local, non-GMO, nutrient-rich and free of harmful chemicals or pesticides. For several years she has been committed to optimizing nutrient formulas for plants and developing an advanced automation and data acquisition system with the Internet of Things, cloud, Big Data analytics and artificial intelligence capabilities. Kalera currently operates farms in the United States (Orlando, Atlanta, Houston and Denver), as well as in Munich and Kuwait. Additional farms are developing. For more information, visit the www.kalera.com website.