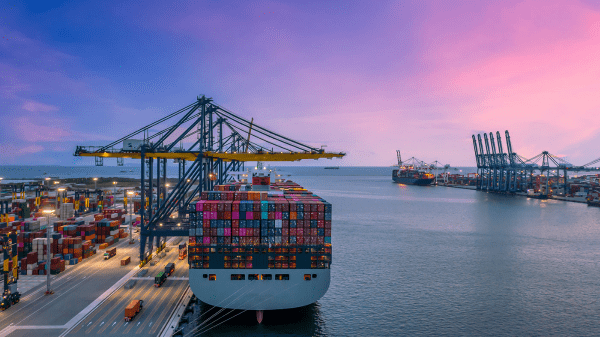 They have sent a letter to 13 major shipping companies urging them to “to work with California agricultural producers to ensure their products, especially perishables, expeditiously get to export markets worldwide during this important season.”

Port delays have been extremely vexatious to West Coast growers. Many of them ship out of California’s Port of Oakland, 60 percent of whose shipments consist of containerized farm products.

But shippers have instead been steering toward the ports of Los Angeles and Long Beach to deliver manufactured goods from China, preferring to sail back empty rather than detouring to Oakland to deliver agricultural goods.

The reason: staggering prices for shipments from China to California. The cost to ship a 40-foot container in this direction has soared from $2,000 to $15,000 over the past two years. The cost for a shipment in the other direction is $1,400. Meaning that it’s not worth the wait to load on farm products.

Only one ocean carrier—Mediterranean Shipping Company—so far has committed to servicing the Port of Oakland, according to Roger Isom, president and CEO of the Western Agricultural Processors Association and California Cotton Ginners and Growers Association, as quoted in the California Farm Bureau periodical Ag Alert.

According to a study by the Royal Bank of Canada, one fifth of the global container shipping fleet is stuck in congestion in major ports.

At the Port of Shanghai, 344 ships are currently awaiting berth, a 34 percent increase over last month.

The causes are numerous, including China’s draconian Covid lockdown of Shanghai, the Russian invasion of Ukraine, and continuing aftershocks of the global pandemic.

This and similar blockages are leading many sources to proclaim an end to extended supply chains.

Reshoring has been touted as a solution, although as The Economist points out, this approach also has drawbacks and vulnerabilities of its own.

Blockages of agricultural exports are particularly troubling in the wake of food shortages worldwide.

One can hope that, whatever solutions are adopted, farm products will be rightly viewed as a central concern rather than an afterthought to the delivery of industrial goods.