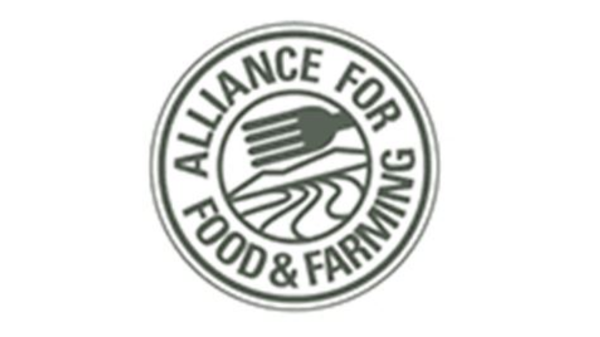 Peer reviewed research has shown that not only is this list scientifically unsupportable, but it also harms public health efforts to increase consumption of nutrient-dense fruits and vegetables.

“We’re in an era now where 13 million American children live in food insecure households,” says Elizabeth Shaw RD, MS, CPT of Shaw Simple Swaps and At-Large Member of the Alliance for Food and Farming Management Board.

“With more families struggling to feed their families nourishing meals, it seems counterproductive that lists like the Dirty Dozen continue to surface. This list, and those like it, cause more confusion for a family already struggling to put ANY food on the table.”

“As with most Americans, the leading causes of death for the Hispanic population are diet-related diseases,” says Dr. Sylvia Klinger, DBA, MS, RD, founder of Hispanic Food Communications and At-Large Member of the AFF Management Board.

“Forty-four percent of the Hispanic population in the U.S. is hypertensive, with half of Hispanic men having elevated blood pressure. Additionally, the prevalence of diagnosed diabetes is highest among the Hispanic population. The consumption of fruits and vegetables can help decrease chronic diseases, such as heart disease, diabetes and cancer, and these fear tactics are actually hurting consumers, especially the vulnerable populations, and may lead consumers to eat even less produce,” Klinger explains.

Peer reviewed research found that the substitution of organic forms of produce for conventional forms, as suggested in the “dirty dozen” list, does not result in any decrease in consumer risk because residues are so low, if present at all. Further, this study found that the EWG does not follow any established scientific procedures in the development of this list.

The AFF also asks that reporters, consumers and others review the U.S. Department of Agriculture’s (USDA) Pesticide Data Program (PDP), which the list authors state they base the “dirty dozen” list upon. The USDA PDP report consistently finds more than 99 percent of the nationally representative food samples had residues well below the safety standards established by the Environmental Protection Agency (EPA) with a third having no detectable pesticide residues at all.

EWG clearly states in their “dirty dozen” report that they do not follow basic rules of risk assessment or toxicology. From EWG’s website: “The Shoppers Guide does not incorporate risk assessment into the calculations. All pesticides are weighted equally, and we do not factor in the levels deemed acceptable by the EPA.”

A peer reviewed study published in Nutrition Today found that misleading messaging perpetuated in the “dirty dozen” list which inaccurately describes certain produce items as having “higher” pesticide residues results in low income consumers stating they would be less likely to purchase any fruits and vegetables – organically or conventionally grown.

Further, a survey among registered dietitians found that 94% agreed that inaccurate, fear-based messaging regarding pesticide residues has a negative impact on consumers because it causes misplaced concern about whether conventionally-grown fruits and vegetables are safe to eat.

Consumers who are concerned about residues are advised to simply wash their fresh produce – organic and conventionally grown. According the Federal Food and Drug Administration (FDA), washing fresh fruits and vegetables under running tap water is a healthful habit and can help remove or eliminate any residues that may be present on fruits and vegetables.

To learn more about how low residues are, if present at all, consumers can use the pesticide residue calculator at safefruitsandveggies.com. The calculator is based upon an analysis by toxicologists with the University of California’s Personal Chemical Exposure Program. This analysis found a child could eat hundreds to thousands of servings of a fruit or vegetable in a day and still not have any health impacts from residues. As an example, a child could eat 7,441 servings of kale in a day without any health impacts from residues.

“While we are gratified to see less attention on this list each year, inaccurate fear-based messaging about a food group health experts recommend we eat more of every day simply needs to stop,” says Teresa Thorne, Executive Director of the Alliance for Food and Farming. “The science on produce safety is substantial and so are the decades of peer-reviewed nutrition studies, which show a produce-rich diet improves immune function, prevents diseases, enhances cognition and increases lifespan.”

“With only one in 10 Americans eating enough fruits and vegetables each day, we should be promoting consumption to enhance immune function and prevent illness, not discouraging it with tactics like the ‘dirty dozen’ list,” Thorne adds.