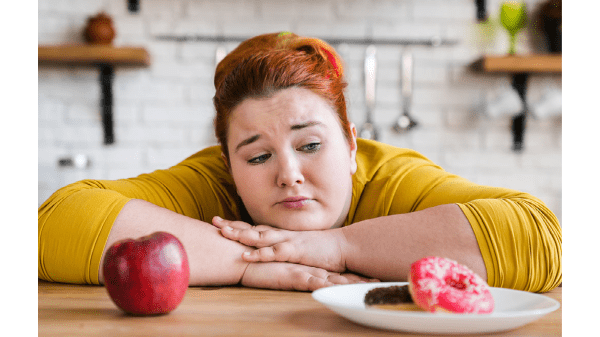 Everyone associates George Orwell with his nightmarish classic 1984, but he also wrote a lot about food.

In 1945, for example, he wrote an essay entitled “In Defence of English Cooking”.

In his 1937 book The Road to Wigan Pier, Orwell set out a bare-bones diet that represents “about as wise an expenditure as could be contrived” for a modest sum.

Food is comparably cheaper in the United States today than in Britain in 1937, so you could amplify this diet with potatoes, greens, apples, bananas, milk, eggs, and other items without sending yourself into bankruptcy. Such a diet would even be healthier than those of most Americans today.

In one sense, this diet is extraordinarily realistic; in another sense, it is not realistic at all. Orwell explains why:

Would it not be better if [an unemployed person] spent more money on wholesome things like oranges and wholemeal bread . . . ? Yes, it would, but the point is that no ordinary human being is ever going to do such a thing. The ordinary human being would sooner starve than live on brown bread and raw carrots. And the peculiar evil is this, that the less money you have, the less inclined you feel to spend it on wholesome food. A millionaire may enjoy breakfasting off orange juice and Ryvita biscuits; an unemployed man doesn’t. . . . When you are unemployed, which is to say when you are underfed, harassed, bored, and miserable, you don’t want to eat dull wholesome food. You want something a little bit “tasty.” There is always some cheaply pleasant thing to tempt you.

This passage explains more about the American diet than volumes of USDA studies. A plain meal of boiled potatoes and carrots would be much cheaper and healthier than a Big Mac, but if you asked most people, which would they choose? Which would you choose yourself?

The produce industry, recognizing this fact, is producing fruit that is more and more candylike every year. We already have Cotton Candy grapes. The Japanese have grown strawberries that “tasted more like candy than fruit, and practically liquified on first chew.”

Even so, the challenge of something “tasty” remains.

I hear my wife call upstairs to my elder son, “Robert, have you eaten your apple?” She never has to call up asking if he has eaten his Goldfish crackers or cheese puffs.