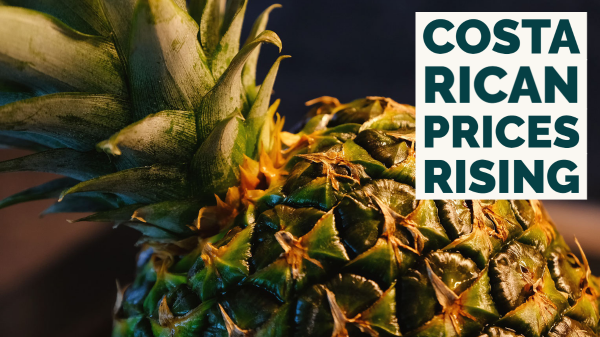 Robust exports of Costa Rican pineapples have led to a price increase of 14 percent in the first 12 weeks to April 7 of 2021.

This can be attributed to gradual re-opening of the global economy amid the easing lockdown restrictions.

Pineapple exports increase 9 percent in both January and February compared to the same time period last year, as reported by Mintec Global.

While primarily exporting to North America and Europe, Costa Rica, the worlds largest pineapple exported, has also been shipping increasing amounts to China in recent years, with increases in the past few months possibly resulting from the Chinese ban on Taiwanese pineapples.

Nearly all (97 percent) of Taiwanese pineapples are destined for the Chinese market, and with the ban taking effect on March 1st, it has affected key Chinese markets such as Guangdong and Hainan, which both have experienced a spike in prices.

Because Costa Rica is able to produce pineapples year-round, this may have been the key reason for China’s recent import increase.

However, the recent price increase is expected to be short lived, since China is projected to import from countries which are geographically closer, and also compete with Costa Rica. Those include Panama, the Philippines, Malaysia, and Thailand.