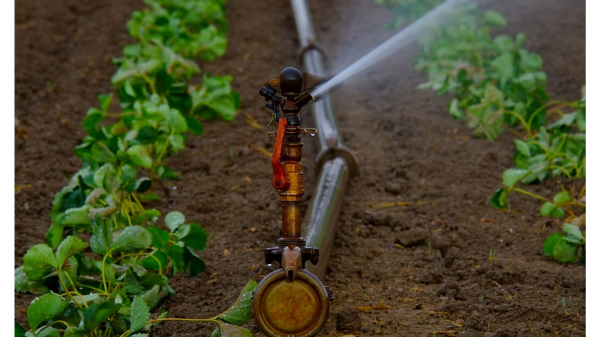 Sometimes the news items that I find most staggering go almost unremarked in most quarters.

The latest story that fell into this category was the announcement made on March 22, that the U.S. Bureau of Reclamation (USBR), which administers much of the water supply for California, was cutting off all shipments to agricultural users in the western San Joaquin Valley until further notice.

The reason for the cutoff is a dearth of water at the principal supply of water for the federal Central Valley Project (CVP): Lake Shasta in the extreme north of the state. The region has seen only 51 percent of average rainfall so far this season, according to the USBR.

Snowpack in the Sierra Nevada mountains, another principal source of the state’s water supply, is at 63 percent of average. The USBR had announced in February that it was cutting the allocation to 5 percent.

The state’s reservoirs as a whole are at 50 percent below capacity.

To exacerbate the problem, in December the State Water Project had announced that it was reducing its allocations to contractors from 10 percent to 5 percent of amounts originally agreed upon.

“More than 60 percent of Westlands produces fruits and vegetables as well as permanent crops such as almonds, pistachios and grapes, generating approximately $3.5 billion in farm-related economic activity for the communities of Fresno and Kings Counties,” notes the district’s website.

The San Joaquin Valley as a whole, accounts for half of the state’s agricultural output, which in 2019 totaled over $50 billion.

On an individual level, the Western Farm Press quoted Los Banos-area grower Joe DelBosque as saying that he would have to give up on 105 acres of asparagus, as well as other crops.

“I’ve already planted sweet corn and 200 acres of melons are in the greenhouse ready for planting,” he said.

DelBosque said he did not have groundwater supplies to replace the CVP water. Over-pumping of groundwater is another major problem statewide, leading to ground subsidence in many areas.

Is this news? Yes and no. I find it stunning that the supplies are being cut off entirely, but California’s water problems extend as far back as its beginning statehood.

Its network of reservoirs, dams, and conduits is one of the most monumental engineering achievements of human civilization, making a large part of this fertile but arid cultivable and habitable. But its very intricacy suggests how frail it is.

Although net rainfall in California is not expected to decline severely in the long term, increasingly erratic weather conditions mean that supplies of water are going to fluctuate more wildly than will be comfortable for anyone.

This situation is likely to ensure that the state’s production of field crops will continue to plummet: as water gets pricier, the way to make best use of it is to grow pricier crops, including many fruits and vegetables.

Higher-value permanent crops, on the other hand, have seen remarkable increases: the state’s production of table grapes (almost all of which are grown in the San Joaquin Valley) went up from 100,000 bearing acres in 2010 to 121,000 in 2019.

Crops like grapes are also more amenable to drip irrigation, which is a much thriftier way of using water than the field or furrow irrigation commonly used on field crops.

San Joaquin Valley agriculture has had to overhaul itself many times in its history: from the huge cattle ranches under the Spaniards and Mexicans to the enormous wheat production of the late nineteenth century (much of it sent, astonishingly, to England) to the manifold mixture that it knows today.

The region’s agriculture won’t vanish; maybe it won’t even dwindle.

But issues such as water will probably force it to reinvent itself once more.