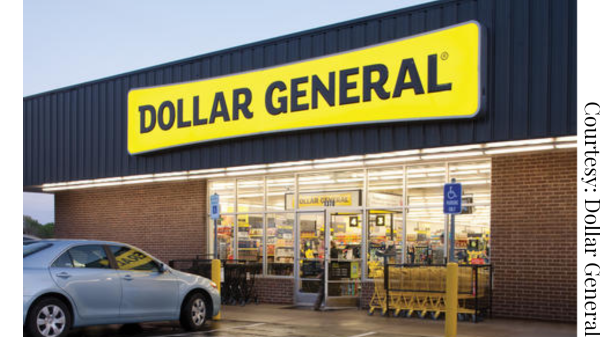 A few years ago, I noticed Dollar General was adding produce to its stores.

At the time, the amount of stores with produce was negligible – about 200 of the company’s massive 15,000-store footprint.

Back in the early days, CEO Todd Vasos said the addition of fresh produce in a remodel nearly tripled the increase in sales the company saw after reopening.

I though to myself, this could be huge. We’re talking about 17,000 stores in the U.S. – far more than any other retailer could imagine operating.

And now, with DG Fresh, an initiative the company launched to ease into self-distribution of perishables, Dollar General is paving the way to 10,000 stores with fresh produce.

Many people might be asking why this is so huge. Who would want to buy produce from a deep discounter like Dollar General, which offers only a small assortment of the most common fruits and vegetables?

A trip to Lubbock, TX, over the weekend was the perfect example. I volunteered to make the 5.5-hour drive as a favor to a friend and took my 12-year-old son Ike along for the ride.

If you’ve driven 5.5 hours in the U.S., you might think it’s no big deal, like driving from Kansas City to St. Louis.

Austin, TX, to Lubbock, TX, is some of the most rural landscape you’ll ever see. I nearly ran out of gas after I told myself I’d “get gas at the next one” and the next one wasn’t for another 51 miles. I think the total stretch I saw without a grocery store was nearing 100 miles.

But I did see Dollar General stores. At nearly every wide spot able to incorporate along the two-lane highways, there was either a Dairy Queen or a Dollar General – sometimes both, if you’re lucky.

What other retailer could go out there somewhere so remote and operate…profitably? Some of these Dollar General locations are not much more than a 5,000-square-foot sheet metal shed.

There has been push back about Dollar General taking business from independent grocers, the mom and pop’s of the world, and that’s undeniable. However, at the end of the day, grocers are in the business to make a profit. If a grocery store could make it in the middle of nowhere, they’d be there. Obviously, these rural food deserts can’t support a full service grocery.

But they can support an occasional fill-in for things like bread, eggs, milk, potatoes, onions, tomatoes, and apples between trips “to town” for actual groceries. I grew up in a rural town with a gas station as our only grocer.

You could buy hand-cut bacon, tomatoes, and lettuce at the DeGraffenreid Store in Brumley, MO, but not much else. And it closed up more than 15 years ago.

You know what took its place? A Dollar General.