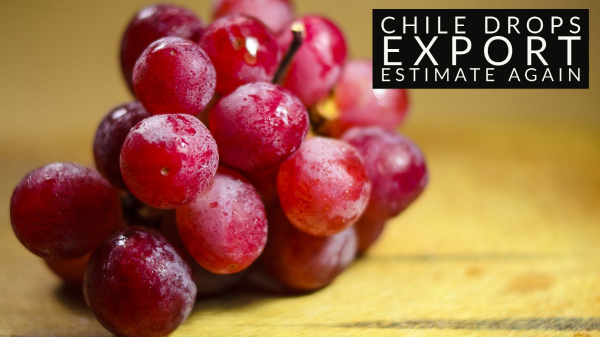 President of ASOEX, Ronald Bown Fernandez, said shipments of 64.6 million 8.2-kilo boxes are projected to be shipped in accordance with a third estimate made by the Chilean table grape sector for exports during the 2020-2021 season.

Bown said this third estimate corresponds to information provided by 38 companies, which together represent 59 percent of the volume exported last season and is the best estimate that can be made at this time, with hopes that the projection will not diminish further.

He goes on to say that the country has been working hard to better evaluate its table grape exports, noting the heavy rainfalls and hailstorms affecting some producing areas.

“We have reached a projection of our exports for this year 2020-2021 of more than 64 million boxes, reflecting a decrease of 12 percent compared to the previous year, while at the same time, this is also a 3 percent decrease from the second estimate in February, where more than 66 million boxes were projected,” Bown said.

Likewise, he mentions that this third forecast is 22 percent lower (17.8 million boxes) than the first estimate in December 2020, since it was prior to the heavy rains in January. At that time, 82.3 million boxes were projected.

Bown explained that the main losses are taking place in white varieties.