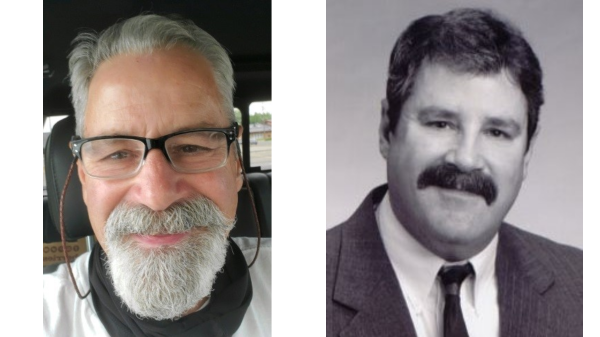 From loading railcars with 75 pound bags of carrots to running the third largest fresh carrot packing facility in the nation, John Burton’s 50-plus year career at Coachella, CA-based Peter Rabbit Farms BB #:111838 has been a rewarding series of achievements that would make anyone proud.

John has earned a reputation as a person of high character by his unwavering commitment to the job at hand and the respectful way he interacts with others.

It is with great respect and admiration therefore that Peter Rabbit Farms and the Powell family wish John Burton well as he sets off on the next chapter of his life after an incredible 50-plus years with Peter Rabbit Farms.

John Powell, Sr. reflected recently on John Burton’s career: “It was a great pleasure to work side by side with John Burton over the last 50 years. He has done every job there was to do at Peter Rabbit Farms and has done them well. His work ethic was extraordinary and he would tackle any task he was asked to do willingly and without question. John was unwavering in his loyalty and devotion to the company. Thank you, John Burton, for everything you have contributed to Peter Rabbit Farms. Now go enjoy your well-earned retirement!”

John Powell Jr. had the opportunity to sit (virtually) with John Burton to ask some questions about the many experiences and relationships that form a remarkable career:

JP: Tell me about your first days at Peter Rabbit Farms. What were your first jobs?
JB: One of my first memories in the late 1960’s is of working at what was then Cardinal Distributing Co. selling sweet corn out of the red trailers on the road during a holiday weekend. My brothers and our friends would all help. Once we got a wad of bills, I would run back over and hand the bills to Palmer Powell and he would say “oh good lunch money”.

JP: You originally worked under your father Charly Burton, the plant manager in charge of packing. How do you remember that time?
JB: I took on any task that my Dad would give me. My least favorite job was helping dump the sweet corn on to the belts and raking them level. I developed allergies to corn and spent the whole time with a miserable runny nose and itching everywhere.

JP: What are the different produce items you have handled in your early years with Peter Rabbit Farms?
JB: One of the items we ran in those days was green onions which would run late into the night as it took all day to bunch and load them and get them to the shed. We also ran radishes, turnips, bunched beets, cabbage, celery, parsnips, potatoes, dry onions, parsley, cilantro, asparagus, broccoli, bell peppers, sweet corn, and of course carrots.

JP: What were your biggest challenges?
JB: By far the most physically demanding job was loading rail cars. Each had to be loaded one sack of carrots or corn at a time. Wash and grade carrot sacks were supposed to weigh 75 pounds. I remember loading a railcar once and wondering why the sacks felt so heavy. At break I went over and weighed some and they weighed 98 and 102 pounds. No wonder we had such difficulty throwing them over our heads! Each rail car would hold 130,000 pounds of produce and we would sometimes ship 3 to 4 a day plus 40-50 trucks. 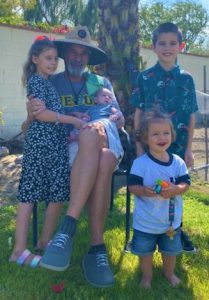 JP: Tell me about some of the relationships you remember fondly while at Peter Rabbit Farms.
JB: Many names come to mind from the early years, especially Jorge Garcia, Armando Reyes, Angie Lopez, John Schmid, and my brothers Chuck and Greg. I learned how to run a carrot plant from Ross Young. In the office there were Jenny, Mercy, Carole, Cindy, Bertha, Gabby and many others. John Powell, Sr. was my biggest influence and mentor over my career. I tried to make sure I did things to satisfy him as he was an icon and was looked up to by everyone in the industry. I think everyone in my family at one time of another has worked at Peter Rabbit Farms, including my own children.

JP: What were your greatest accomplishments at Peter Rabbit Farms?
JB: After 30 years in the plant John Sr. asked me in 1999 to come work in the sales office. This was a big change for me and my family and as it turned out the best decision I ever made. The change allowed me to learn a new area of the produce business and meet many new and wonderful people. I learned how to sell produce from watching John Sr. over the years and from watching Ed Lopez every day.

JP: How have things changed at Peter Rabbit Farms during your 50 year here?
JB: The scariest transition was in 2006. Steve Powell met me in the parking lot and alerted me that Peter Rabbit Farms carrot division was no more and Bolthouse was purchasing all the carrot sales and packing. This transition turned out to be a positive one. With John Jr and Steve’s guidance through this process, Peter Rabbit Farms’ future was never brighter for the next generations.

JP: What do you plan to do now that you are retiring after 50-plus years with Peter Rabbit Farms?
JB: What’s next? Only God knows for sure but one thing I know is I am a better person, friend, neighbor, parent and husband for having gone through both the good and tough times over the past 50 years. I would like to thank the Powell family for trusting me to be a part of the success at Peter Rabbit Farms.