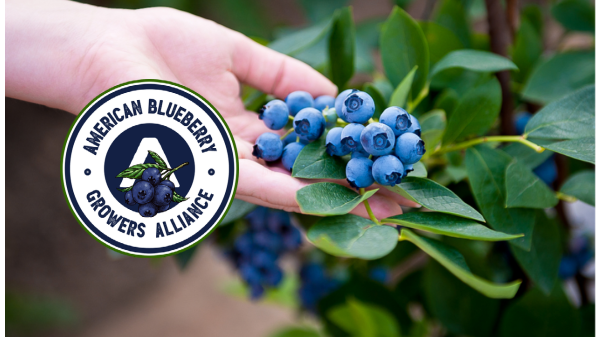 Like many sectors of the fruit and vegetable industry, blueberries have seen a considerable increase in imports in recent years.

As a result, American growers have seen increased pressure that is already familiar to those in many other commodities—particularly price pressure from nations with lower costs for inputs such as labor.

How many members do you have at present, and where are they located geographically?

When was your organization formed?

The Alliance was formally established in December 2020.

What was the main reason for starting your organization?

The Alliance was created to offer domestic blueberry farmers with a unified voice to advocate on their behalf and promote the long-term viability of the domestic industry. The United States is the world’s largest producer of blueberries, and the Alliance will work to make sure this industry remains healthy and robust.

Where do you think the main import challenges to American blueberries come from—particularly, which countries?

U.S. imports of blueberries have surged in recent years as foreign growers have deliberately targeted the U.S. growing and harvest periods. Over the past several years, blueberry imports increased dramatically from Chile, Peru, Mexico, Argentina, and Canada, rising nearly 62 percent—from 423 million pounds in 2015 to 684 million pounds in 2019. Between 2015 to 2019, blueberry imports from Peru rose by 816 percent, and from Mexico by 116 percent.

What is the level of imports of blueberries to the U.S. as a percentage of the total market?

Could you please give some idea of the trends in imports (that is, how much blueberry imports have grown by percentage over recent years)?

U.S. blueberries are ethically sourced. Domestic farmers adhere to higher food safety, labor, and environmental standards than exist in many of the foreign markets where imports are sourced. Many U.S. blueberry farms pay farmworkers more in an hour than they can make in a day in countries such as Peru and Mexico. This create a price disparity that makes it difficult for American growers to compete.

How do imports compare to domestic blueberries in terms of quality?

We believe the taste and freshness of American blueberries is the highest in the world. Imported product cannot compete with the food safety standards of domestic blueberries.

American blueberry growers across the country are mostly small, family-run farms that are being devastated by an influx in blueberry imports. Current prices for blueberries are lower than they have been in years. Grower profits have declined or vanished as prices have plummeted and blueberries have been left on bushes because it is uneconomic to harvest.

Blueberries provide millions of dollars of economic benefits to rural communities, from direct full-time and seasonal jobs to indirect benefits such as the purchasing of farm inputs, packaging, processing, and distribution services. If American blueberry growers are forced out of business, entire communities will suffer.