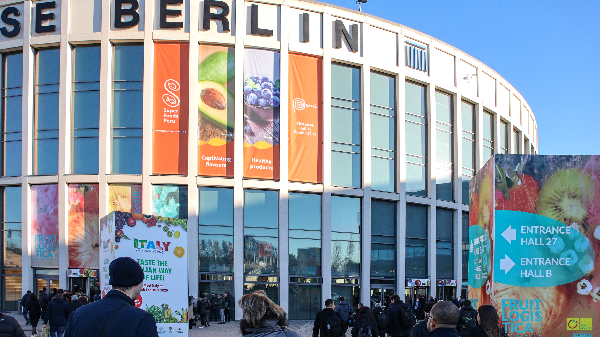 Sustainability is by no means a universally popular concept in the produce world. Some regard it as merely a catchword coined by ideologues, or as a nuisance—another plateful of obligations dumped on an already burdened industry.

But sustainability is likely to remain at the forefront for the foreseeable future.

To begin with, its main goals—reduced environmental impact, reduced use of resources such as water, and decent wages and conditions for workers—are increasingly in the awareness of consumers, who are reckoning sustainability into purchasing decisions.

The fourth annual Fruit Logistica report, produced by the Berlin-based financial institution Rabobank, is devoted entirely to this subject. It is entitled Do the Right Thing (Right): A Guide to Sustainability in the Fresh Produce Business.

“Some industries still see sustainability as a burden taking up too much cost, time and effort,” the report concedes. Nevertheless, it has a number of advantages.

Many of these are transparent. Everyone can see the benefits of reducing waste (which can be astonishing: in Kenya, about two thirds of all mangos are “reportedly lost or wasted before reaching the consumer,” says the report) and water conservation (especially in dry areas such as California and Arizona, where limits on water use are strict and only going to get stricter).

In short, says the report, “a company with a sustainability agenda is better positioned to manage economic, social, environmental and regulatory changes as they arise.”

Even so, AMT produces “more than 2,000 tonnes of waste per year. . . . Most of this waste is wet, acidic and full of rots and moulds—not suitable for use as animal food,” according to the report.

The company hit on a solution: use this waste to feed the larvae of the black soldier fly, which are sold fresh as food for pet reptiles and dried as wild-bird food.

In the United States, the report discusses the Santa Paula, CA-based Limoneira BB #:168478, one of the world’s largest growers and packers of lemons. Limoneira has partnered with Agromin Corporation to set aside 10 acres of land to receive “over 200 tonnes of organic waste per day that it turns into compost and mulch.”

This is then applied to lemon trees, which improves nutrient uptake and cuts water use by a third. Furthermore, the organic mulch hinders weed growth, cutting herbicide use by 20 percent.

Hoogweg, a large-scale Dutch producer of bell peppers, believes that sustainability objectives such as a lower carbon footprint are “necessary for ‘a licence to produce’ in the long run,” according to the report.

As a lender, Rabobank itself has a “sustainability loan contract,” which requires clients to “commit to various, tailor-made social and environmental conditions” to “produce in a more sustainable way.”

Like it or not, pressures from all sides—dwindling resources, government regulation, public opinion—are likely to keep pushing the produce industry more and more toward sustainability.

Given this, it is no doubt more prudent to take a proactive rather than a reactive approach.

“After all, a ‘just do it’ attitude is the only real force bringing sustainability in the fresh produce industry to a higher level,” says the report.

Maybe the best news in all this is that human ingenuity is a resource that will not be exhausted anytime soon.