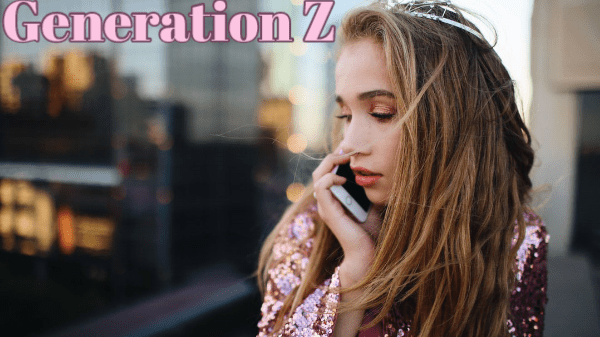 There is a kind of paradox in talking about Generation Z (defined as people born roughly between 1995 and 2010).

The whole concept of generations—baby boomers, Gen X, and millennials—implies categories and stereotypes. Yet Gen Zers resist such neat typing.

Bridget Wojciak, director of nutrition for Kroger Co., BB #:100073 says, “With constant access to endless information available since they can remember, they view themselves as multifaceted, refusing to fall into a predefined ‘box.’”

Yet it is possible to talk about Gen Z as a whole. Like every generation, it has been defined by great historical events. The earliest, which came when the oldest Gen Zers were five or six, was the terrorist attacks of Sept. 11, 2001, with the ensuing upheaval.

Next came Apple’s introduction of the smartphone in January 2007, which turned communications on end. Soon after was the Great Recession of 2008–09. Finally came the coronavirus this year.

Which of these events shaped them the most? Melinda Goodman, president of FullTilt Marketing BB #:354985, which specializes in the produce industry, has this perspective: “Prior to the last six months, I would have told you that the global environmental crisis was the most important historical event that would shape this generation, but COVID-19 will likely have the most profound impact on this generation. This entire demographic will have a shared experience of homeschooling, pandemic knowledge, wearing masks in public and the global uncertainty and fear that has ebbed and flowed around the disease.”

“The Great Recession and the years of recovery afterward,” says Wojciak, “have taught Generation Z to be independent while continuing to foster an emphasis around product value. While they expect a quality product and unique experiences, they have not lost sight of price and value when building their grocery basket.

“There is a desire for healthier foods choices, but not at the expense of being portable, which is key,” Wojciak adds. “Especially when choosing food between main meals, if it is not portable, it likely won’t be considered a snack. This is key to consider when determining packaging options for produce.”

Idealism is another aspect of Gen Z. Wojciak says, “To this group, personalization calls for more than good for ‘me’ but also good for ‘us,’ meaning the impact of the choice on others and the planet. They form a holistic opinion of foods, going beyond quality and also considering ethics, farming practices, and social impacts of what they eat.”

Gen Z is also oriented toward the visual. “A significant connection to visually oriented social media like YouTube, Instagram, and TikTok means images are the best way to grab the attention of this group,” Wojciak says. “Many in this group are shopping independently for the first time, which means packaging and presentation is critical.”

Although there is broad consensus about the character of Gen Z—including the points above, there is one big caveat. The oldest Gen Zers are around 25, while the youngest are only 10. This means, first, that their tastes are still highly malleable, and, second, many or most are not the principal grocery shoppers in their homes.

“Kids age 6-22 are very much still coming into their own set of beliefs,” Goodman emphasizes. “They have conditioned behaviors and values and based on the world around them, but they are still forming their entire worldview as they age, learn, and grow. It would be difficult to assume someone age six today is going to think the same way as someone age 22.”

Furthermore, how many characteristics of Gen Z are those of the generation as such, and how many are those of youth in general, which will later transform into different attitudes?

That’s a question no one can now answer but everyone should be aware of when talking about the tastes and mindset of Gen Z.