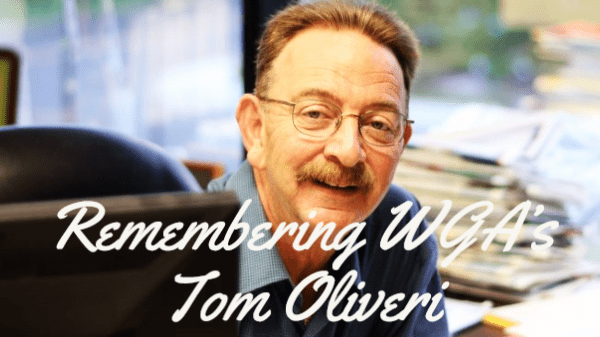 With heavy hearts, we share the sad news of the passing of Tom Oliveri, who passed away in his home Thursday morning, May 28, at the age of 67.

Affectionately known as “Tommy O” by Western Growers (WG) members and many others throughout the industry, Oliveri retired from the association in January 2018, several months shy of his 40th anniversary of service. Over four decades, Oliveri demonstrated uncommon dedication to the WG membership, establishing himself as a foremost authority in the Perishable Agricultural Commodities Act (PACA).

Upon news of Oliveri’s passing, WG President and CEO Dave Puglia issued the following statement: “Tommy was a rare breed, an expert in his craft who brought a fierce determination to protect our members when disputes arose between parties in commerce. Among the WG membership, Tommy probably had the highest name identification of any WG employee; at some point, just about every WG member turned to him for help and he always jumped to their aid. He absolutely loved going to bat for our members and his tireless work boosted many bottom lines. His passing comes as a shock to us all. We join with so many in our industry today in offering our deepest condolences to Tommy’s family.”

Oliveri got his start in agriculture at a young age, when he worked summer jobs in high school and college as an inspector for the California Department of Food and Agriculture’s Standardization Program. After earning his degree in agricultural biology from Cal Poly Pomona in 1977, Oliveri serendipitously answered an advertisement to be a grower field representative for WG, earning the position over stiff competition in March 1978.

After several years as a Southern California field rep acquainting himself with the membership, Oliveri joined the marketing services department under the head of another recently-retired, longtime WG staffer, Matt McInerney. As the Director of what is now known as the Trade Practices and Commodity Services Department, Oliveri filed countless PACA claims and helped recover millions of dollars for WG members, and became an invaluable resource on issues related to inspections, arrival issues, trade disputes and unpaid claims. Over the years, Oliveri also provided seminars for WG members educating the industry on their rights and remedies under PACA law.

Even though he retired from WG in January 2018, Oliveri couldn’t stay away from the fresh produce industry for long, and joined the law firm of Rynn & Janowsky as a PACA consultant, where he remained engaged up to his passing.

As dedicated as he was to WG and its membership, Oliveri was equally devoted to his children, and is survived by his son, Matt, and his daughter, Marci. He enjoyed boating and fishing in his recreational time, and it has been noted that he was quite the baseball player in his younger days.

The passing of Oliveri will leave a Tommy O-shaped hole in the hearts of everyone who knew him, admired him, and considered him a friend. His quick wit and sense of humor will be missed. The entire Western Growers family extends our deepest condolences to his family and loved ones.