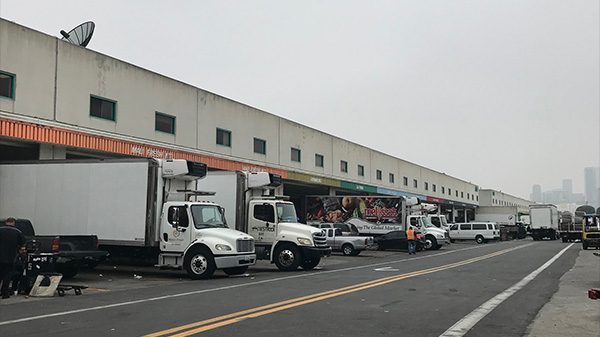 With California’s foodservice industry and overall economy nowhere near returning to normal, produce companies at the Los Angeles Wholesale Produce Market are settling into what may be a new normal.

Carrie LaLonde, COO and co-owner of Valley Fruit & Produce Company BB #:113754, said after a shock to the system a month ago, things may be settling down.

“We see signs of increased demand for more produce as consumers have a desire to eat healthfully,” she said. “However, it is too early to tell if this will be a pattern. Staple items are also key as consumers face economic uncertainty and desire products with longer shelf life.”

There’s “a lot less walk up sales. 7th Street market is dead. Most of the other wholesalers are closing at 8 a.m. or 9 a.m. We are still busy so continue to about 11 a.m. which is good, but our sales are still not at 100 percent of what we had in our budget,” he said.

“Yes, there were surges but these did not compensate for the loss of sales,” he said. “In the end, we believe March through August will be breakeven months at best.”
LaLonde said some of her fellow market wholesalers have decreased hours, but there are other changes too.

“Heavy focus has been placed on the safety and health of team members and customers,” she said. “We have installed plexiglass at all desks, increased security and sanitation personnel, provided protective equipment to all team members and visitors, and prohibited access, all measures that you see at the retail level to enforce social distancing. This has been a first for the terminal market, and I have been impressed with both customer and team member gratitude and compliance for such measures.”

Clark said struggling produce companies should consider the federal government’s Paycheck Protection Program (however, after he recommended it, PPP ran out of money and has had its share of problems) and take care of workers the best they can.

“We gave out a special bonus to all of them thanking them for being in the front lines and sticking with us in hard times,” he said. “We may not be making any money, but our workers are our biggest assets, and we are protecting them as best we can.”