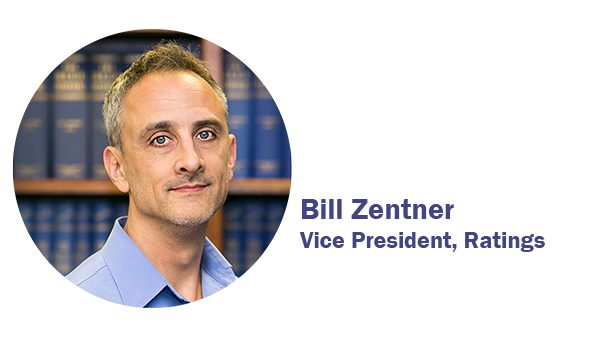 As an industry, we see hundreds of business closures each year. Many are planned with a carefully thought out exit strategy, systematically winding down processes and communicating with business partners each step of the way.

Unfortunately, many businesses shut down less responsibly, leaving vendors and service providers to wonder if they’ll collect on receivables. There are many reasons why a company closes owing money; but whatever the underlying reason may be, an unrecoverable negative cash flow position is always at the forefront.

In this article, we dissect a high-profile 2019 business closure. We will look at the data leading up to its shuttering, and how it correlated with rating and score changes.

In this case study, we take a look at Trinity Fresh Procurement, LLC, in Sacramento, CA, BB #:205702 a company reported as having suspended operations on January 9, 2019.

The central tendency during the noted periods reflected vendors and service providers reporting payment received generally between 22 and 28 days (B pay). And, although the 12-month period did have a fair amount of C pay reported, many of the respondents who reported C reported B as the company moved closer to its rating assignment.

Pay slows
However, as the company moved through the summer months of 2010 and into the fall, pay information started to reflect variability and slowed. From June 1 to October 20, 2010, the X-ave 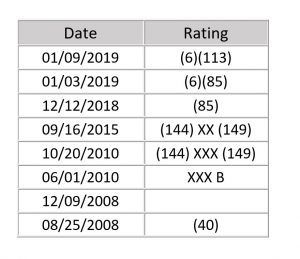 For the 3-month window leading up to the rating change on September 16, 2015, trade information reflected less confidence in overall trading practices, as trade practice reports averaged 2.3 out of 4, and pay data was predominately delinquent.

Trading partners reported dissatisfaction with declining pay practices, as well as withdrawing credit or placing the company on credit hold in certain instances. Attempts to communicate trade results and share the rating assignment were made, but Blue Book was unable to speak directly to management at the time of this change.

Two claims start downfall
For the next three years, company data reflected a similar pattern and matched the rating assigned. However, in late August 2018, two claims were filed with Blue Book Services against the company. Notes to files reflect multiple attempts by Blue Book to communicate with the company, but there was no response.

On December 12, 2018, evidence of ongoing operations of Trinity Fresh Procurement, LLC came into question—phones were no longer being answered, the website was not functioning, there were the two claims filed with Blue Book, two federal lawsuits were filed on December 7 and December 10, pay data began to significantly decline in the final six months of operation, and the company had become severely delinquent.

On December 20, 2018, two separate temporary restraining orders were granted, totaling a low seven-figure balance. Prior to the restraining orders, court dockets reflected that the company had suspended its operations on December 11, 2018, and that there would not be sufficient funds to satisfy creditors.

A few weeks later, on January 9, 2019, after completing its due diligence, Blue Book Services reported the company as suspending operations with outstanding obligations. There had still not been any direct communication with officers of the company.

In looking at Trinity Fresh Procurement’s three-year score history, the company was at high risk of delinquency and/or default for the entire period from September 2015 to January 2019.

In the full historical score trend (see chart), the company’s Blue Book score shows pay performance never recovered after 2010, when it was first recognized as a delinquent payer purportedly due to sales growth.

In the time since the company was reported as suspending its operations on January 9, 2019, multiple intervening complaints were filed, a preliminary injunction was granted against the firm on January 15, 2019, a Perishable Agricultural Commodities Act (PACA) claims procedure was established on January 25, 2019, a receiver was appointed in February 2019, and the recognized president of the operation filed personal bankruptcy protection under Chapter 7 in April 2019.

On March 5, 2020, PACA filed an administrative complaint against Trinity Fresh alleging it failed to make payment promptly to 10 produce sellers in the amount of $3,898,506 from March 2018 through January 2019.