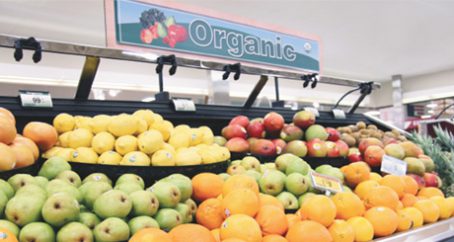 PRESS RELEASE Today, Center for Food Safety (CFS), along with a coalition of organic farms and stakeholders, filed a lawsuit challenging the United States Department of Agriculture’s (USDA’s) decision to allow hydroponic operations to be certified organic.

The lawsuit claims that hydroponic operations violate organic standards for failing to build heathy soils, and asks the Court to stop USDA from allowing hydroponically-produced crops to be sold under the USDA Organic label.

“Healthy soil is the foundation of organic farming,” said Andrew Kimbrell, executive director of plaintiff Center for Food Safety, “Organic farmers and consumers believe that the Organic label means not just growing food in soil, but improving the fertility of that soil. USDA’s loophole for corporate hydroponics to be sold under the Organic label guts the very essence of ‘Organic’.”

“The federal organic law unequivocally requires organic production to promote soil fertility,” said Sylvia Wu, senior attorney at the Center for Food Safety and counsel for plaintiffs. “USDA’s decision to allow mega-hydroponic operations that do nothing with soil to be sold as ‘Organic’ violates the law.”

“Healthy soil is critical to producing nutrient-dense foods that benefit both people and the environment,” said Paul Muller, one of the farm owners of plaintiff Full Belly Farm in Guinda, CA, a diversified family farm that has been farmed organically since 1985. “Healthy soil increases and improves the availability of soil nutrients and beneficial microorganisms, and enhances the land’s ability to sequester carbon and retain nutrients and water.”

Scientists and government agencies agree that building soil health is a critical piece of climate resiliency. When soils are healthy, they can serve as carbon sinks to store and reduce atmospheric carbon. Healthy soils can also retain more water, reducing runoff and erosion.

“While I welcome the work that my friends in the hydroponic industry are doing, hydroponic production does not conform to the soil-building precepts of organic farming,” said Jim Cochran, owner of plaintiff Swanton Berry Farm, one of the oldest certified organic strawberry farms in California.

Since coming into office, the Trump administration has made its intent to gut organic standards clear. Allowing hydroponics to be certified organic is another attempt to weaken the integrity of the Organic label, and has resulted in market confusion and inconsistent organic certifications.

“The USDA’s claim that hydroponics can be certified as organic is disingenuous and false,” said Sam Welsch, president of plaintiff organic certifier OneCert, Inc. “Until the USDA started telling certifiers that they could ignore the parts of the law and rules that required fertility to come from organic matter in soil, no one was certifying hydroponic systems as organic.”

Issue Background
Organic agriculture has always been based on principles of improving soil fertility and promoting ecological balance. The National Organic Standards Board (NOSB), the expert body assigned by Congress to advise USDA on organic matters, has repeatedly called on USDA to prohibit organic certification of hydroponics, but USDA has ignored that recommendation. As a result of USDA’s inaction, CFS filed a legal petition in January 2019 formally asking USDA to prohibit hydroponic operations from the Certified Organic label on the basis that they do not fulfil the national organic standard of contributing to soil health, but USDA denied the petition’s requests later that year. The lawsuit filed today states that USDA’s rationale for denying the 2019 petition is arbitrary, capricious, and contrary to our federal organic law.