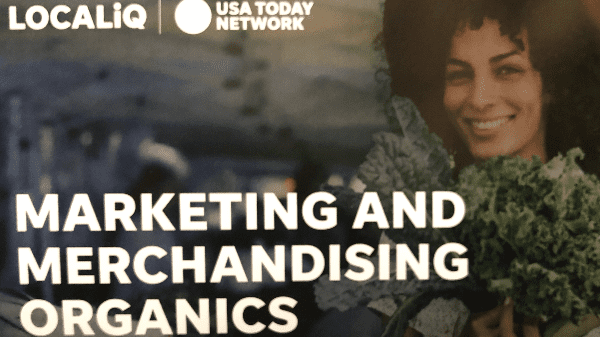 SAN DIEGO — When retailers envision their organic customer, they should envision a millennial.

That’s because millennial generation shoppers make up more than half of organic customers, according to research from LocaliQ, part of the USA Today network.

At the National Grocers Association annual convention February 23, senior client solutions manager Lonni Lattie said 50 percent of millennial households choose where they grocery shop based on organic and natural food selection, and 77 percent say quality and freshness matter to them more than price.

“Millennials are driving the food movement,” she said, “with local, sustainable, functional, and eating with a purpose.”

Retailers must raise the awareness of their efforts in these areas.

Lattie said millennial shoppers look for authority in decision-making, and local, independent retailers can be that authority on food.

“Video is powerful and doesn’t have to be expensive,” she said.

Another rising trend is consumers’ increasing reliance on Google maps and other smartphone app maps as a search engine. Retailers need to monitor their appearance on maps, and if there are negative reviews, they should comment on them, hopefully saying how the problems have been addressed.

Make sure your brand has a story to tell, and then tell it, and give consumers a reason to take action, she said.