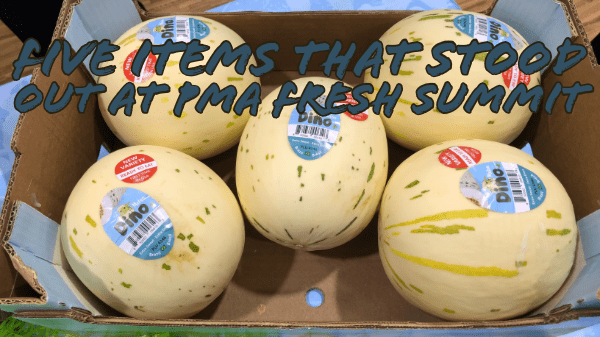 ANAHEIM, CA – PMA Fresh Summit 2019 stood out in ways beyond the record attendance of nearly 24,000.

As Pamela Riemenschneider and I mentioned in our show wrap-up, it had more of a consumer trade show feel, with more effort put into the attendee experience. It also showed which trends have been adopted and accepted, and which ones are on the horizon.

With that in mind, here are five products I sampled on the show floor that stood out: 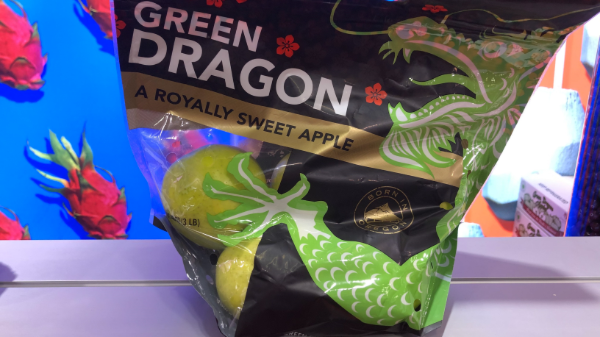 Green Dragon Apple
With about a month before the highly promoted Cosmic Crisp apple hits retail shelves, it made the most noise at Fresh Summit of any apple. Alas, there were none to sample.
One company took the opposite approach.

The company displayed its proprietary green apple that is a cross of a Mutsu and Orion, which produces a crisp apple with sweet, not tart flavor.

“It’s a delicacy, for connoisseurs, for apple snobs,” Nguyen said about the variety that is gaining in volume.

Also, unlike Cosmic Crisp, the Green Dragon apple doesn’t go into storage. She said it’s grown organically and conventionally in the Hood River, OR, area, and available from October to December.

I have high hopes for the eating experience of the Cosmic Crisp, but having tried the Green Dragon apple, I know it’s amazing. 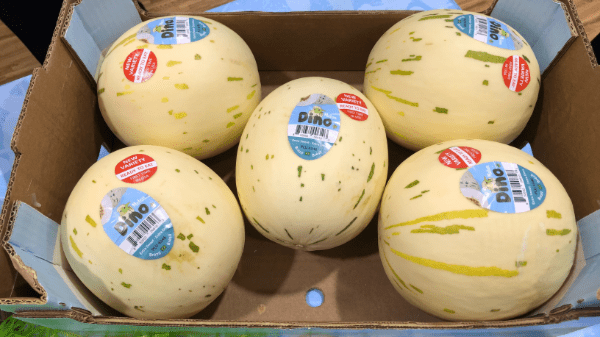 The Dino Egg Melon, grown by Agricola Famosa in Northeast Brazil, and sold in the United States by Crown International USA LLC, is a Matisse variety melon.

Rodrigo Lima, salesman with Crown, said it’s available for the first time in the United States from October to February.

Lima said the melon has had good success in Europe, which is why the company brought it to the United States. 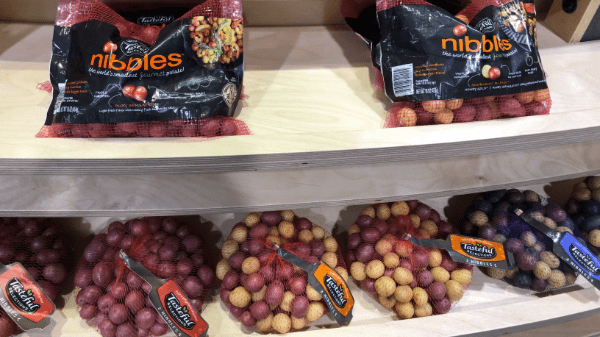 Nibbles Potatoes
RPE, Inc., BB #:105471 Bancroft, WI, offers its Nibbles line of tiny potatoes in 16-ounce bags year-round, nationwide. They are marketed as the smallest potatoes in the market.

Lee Brown, regional sales manager in the Arvin, CA, office, said the potatoes are available as Honey Gold, Ruby Sensation, or a blend of the gold and red varieties.

“We’ve had a lot of interest because of their ease of prep and cooking,” he said. 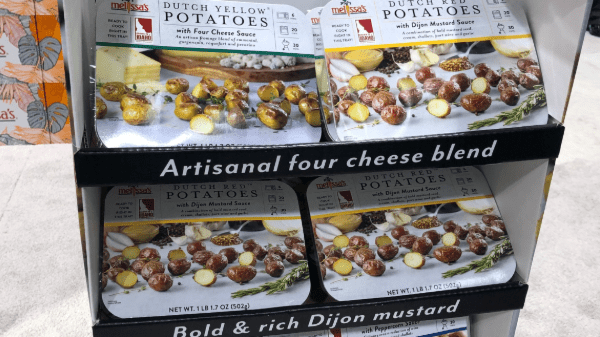 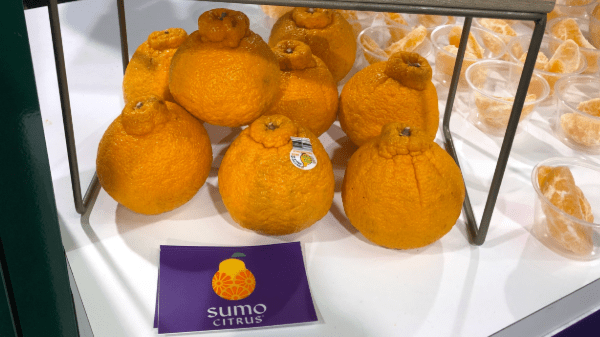 Sumo Citrus
Suntreat Packing and Shipping Co. BB #:301686 Dinuba, CA, is expanding the availability of its proprietary Sumo Citrus mandarin from August to October from Australia and January to March from California.

It stands out with its large size, pronounced sheep nose and strong, sweet flavor.

As you can see, taste was at a premium.

Correction: A previous version misidentified the owner of the Sumo Citrus brand.