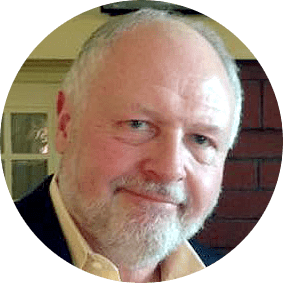 Not so far in the future, a parent is going to mention grocery checkout lines, and the child is going to say, “What are those?”

So says a recent report on the grocery industry by CRBE Research. Despite increased competition from online delivery services over the next few years, grocery retail stores aren’t going to vanish. But checkout lines will. “Within the next decade, checkout lines will disappear,” the report tells us.

The first and most obvious reason: nobody likes checkout lines, although they take up enough of our time. One estimate says Americans spend 37 billion hours a year in checkout lines—that’s 118 hours per person, or nearly five days out of everyone’s year.

Retailers don’t like checkout lines either, and they’re going to like them even less in coming years. Rising labor costs mean that each cashier is going to cost the employer extra dollars per hour. This will keep up the pressure to reduce the number of employees. Improving technologies like smart-scan systems will enable them to do so.

Other factors are pushing in the same direction. After all, the space taken up by cash registers and lines doesn’t generate a lot of revenue. That space could be devoted to space for products, or to shelves for click-and-collect.

What’s going to take the place of the old model? Mobile apps, for one thing. AmazonGo stores, recently opened in San Francisco and New York, are one harbinger of the future.

Amazon boasts a “Just Walk Out” technology: customers download the AmazonGo app on their smartphones, scan items, and are automatically charged after exiting. If you buy ready-made meals, you can warm them in microwave ovens located just outside the store.

For more conventional retailers, online orders are also expected to increase. Those who still want to shop from aisle to aisle may have the option of smart shopping carts, with built-in scanners and credit card swipers.

From the produce point of view, these trends are likely to push further in the direction of prepackaging (carts with built-in weighing scales aren’t likely to come soon, if at all). There will also no doubt be more unit sales, with labeling of individual items. In Europe, the supermarket chain Spar Austria has taken this concept one step further, announcing that it will label mangos with laser engraving rather than with plastic stickers.

Shoppers may find freed-up retail space used in somewhat unfamiliar ways. The CBRE report says the strongest growth in the industry will occur in nontraditional and specialty formats. Consumers will see more large-format stores (warehouse clubs and supercenters) as well as small-format stores, including health-food stores and ethnic markets.

Trader Joe’s—definitely a nontraditional store—was voted number one chain in 2018, for the second year in a row, according to Dunnhumby’s Retail Preference Index. Standard retailers like Kroger or Albertson’s will continue to see growth, according to the CBRE report, though at a slow and steady rate.

Last in line
In the meantime, Ryan H. Buell, an associate professor of service management at the Harvard Business School, has some insights about how to keep customers happy (or at any rate tranquil) while waiting. If people hate standing in line, they really hate being last in line. Buell did a recent study with some fascinating results.

Observing customers over a five-hour period at a grocery, Buell observed, “These were relatively short lines, but what was surprising was how much jockeying for position there was.” Of 71 customers who switched positions, 67 were last in line. He also noticed that customers were much more likely to walk out if they were the last in line.

“If you are the service provider,” Buell points out, “that’s not good for you either. You’ve got a customer walking out the door.”

It would seem to be a law of nature that someone is always going to be last in line. So what are retailers to do?

“Showing customers the work that’s being done to serve them can cause them to mind waiting less and value the service more,” Buell says.

Comparisons also help. People waiting with call centers are less unhappy when, for example, they’re told that they’re the fifth out of seven callers rather than that they’re just fifth. Retailers can post average wait times for a given point in the day so people are comparing themselves to a whole rather than to the other people that are just waiting.

That may work for the time being, but if the CRBE report is right in saying that checkout lines will be a thing of the past, they probably won’t be a big object of nostalgia.