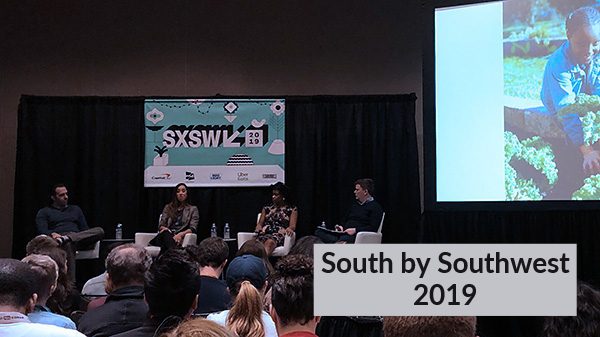 “I think it’s a big misconception that poor people like to eat fast food,” said Sam Polk, founder and CEO of Everytable, an 8-location chain of restaurants in Los Angeles focused on bringing healthful, affordable food options to underserved neighborhoods. “I think that’s mistaking supply for demand. What people in underserved communities like is $5 meals.”

“The problem is that there are no $5 meals that are healthy…until now,” Polk said.

Polk was joined by Asha Walker, founder of Health in the Hood, which builds community gardens in Miami food deserts, and Olympia Auset, founder of Süpermarkt, a low-cost organic grocery service in Los Angeles for a panel discussion Solving the Food Desert Dilemma at South by Southwest on March 11.

The trio discussed challenges they’ve faced bringing fresh food to underserved communities, from dealing with local planning and zoning, which steered Walker’s Health in the Hood to private landholders, and finding a pricing structure that works for residents on Supplemental Nutrition Assistance Programs.

Auset’s Süpermarkt is designed to work within the average range of EBT funds for the low income areas she serves, starting at about half the average SNAP allocation for residents so customers could have fresh, healthful foods in their refrigerator with enough left over to stock up on other essentials.

Auset also designed her service to work with a local farmers cooperative, and supplement with produce from wholesalers.

“We have things that are not local as well, things like bananas and mangoes, so people don’t have to make that extra trip to the store,” she said.

Polk said Everytable has found success by being efficient. The company’s salads are prepared in a central commissary to save on labor, time and resources.

“We have a single kitchen to support all of our locations,” he said. “Then our locations are less expensive to build and operate.”

“We found there is a ton of demand for healthy food in underserved neighborhoods,” he said. “Those are some of our most profitable stores. We’ve cracked the code and figured out how to sell healthy foods at $5 and make it profitable. It’s hard, but you can do it.”