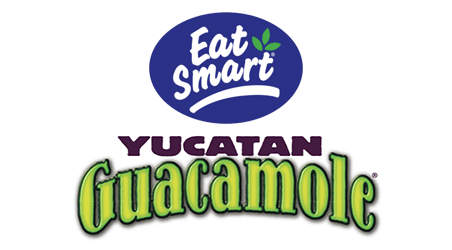 Company press release — Landec Corporation (Nasdaq: LNDC), a leading innovator of diversified health and wellness solutions with two operating businesses, Landec Natural Foods (LNF) and Lifecore Biomedical, announced today that its wholly-owned subsidiary, Apio, Inc., has acquired Yucatan Foods, L.P., headquartered in Los Angeles, CA, and a leading processor and marketer of authentic Mexican guacamole made from 100% clean ingredients. The acquisition of Yucatan Foods enables Landec Natural Foods to grow, strengthen and stabilize its position in the natural foods market, creating critical mass in LNF to better position Landec to evaluate long-term strategies for the Company’s two business segments in order to maximize shareholder value. The acquisition of Yucatan Foods is expected to be accretive to the Company’s earnings beginning in fiscal year 2020.

With annual revenues of approximately $55 million to $60 million, Yucatan Foods is projecting significant growth due to its flavorful and authentic products, as well as tailwinds in the rapidly growing guacamole category. The guacamole category in the U.S. is approximately $375 million in consumer retail dollars and is growing at an estimated 20%, according to IRI data for the 52-weeks ended October 7, 2018. Category growth is projected to continue as current household penetration of guacamole is estimated at only 21% within the U.S.

With its two guacamole brands, Yucatan® and Cabo Fresh®, and a newly built production facility in Guanajuato, Mexico, Yucatan Foods has the potential to deliver double-digit revenue growth over the next several years and achieve a targeted gross profit margin of approximately 30%. The Yucatan brand provides traditional, authentic Mexican taste and can be typically found in the deli department of retail stores. The Cabo Fresh brand targets plant-forward food consumers, offering new experiences with guacamole and is typically found in the produce department. The new facility in Mexico has the necessary capacity to support three times the existing revenues of these two brands with only modest incremental capital investments.

“We are excited for the team at Yucatan Foods to join Landec Natural Foods as we create a different kind of food company. At Landec Natural Foods, we are re-imagining the way fresh, plant-based foods are grown, prepared and delivered,” stated Molly Hemmeter, President and CEO of Landec Corporation. “The acquisition of Yucatan Foods accelerates the transformation of our packaged fresh vegetables business to a natural foods business focused on plant-based foods. Not only will Yucatan Foods deliver incremental revenues and profits to Landec, but the guacamole business is a higher gross margin business that is subject to less sourcing and cost volatility than Landec’s existing packaged fresh vegetable business.

“LNF’s emerging natural food brands – now including O Olive & Vinegar®, Now Planting®, Yucatan and Cabo Fresh – will comprise 13-15% of LNF revenues (approximately $70-75 million in annual revenue had we owned Yucatan Foods for all of fiscal 2019), with Eat Smart® packaged fresh vegetables and salad kits representing the largest portion of the natural food business. As they scale over time, the emerging brands are expected to contribute a greater percentage of total profitability with gross margin growing to over 30%. This compares to a gross margin of 10-12% in the packaged fresh vegetable business, which is subject to sourcing and cost volatility,” commented Hemmeter.

The Yucatan and Cabo Fresh guacamole products are made from Mexican-grown Haas avocados which are handpicked, perfectly ripened and hand-scooped to maintain the authentic avocado flavor. Products are available in a variety of sizes ranging from 2 to 16 ounces and larger products for foodservice operators, with approximately 95% of the product ingredients coming from avocados and the other 5% from natural flavors and ingredients. The majority of Yucatan Foods business is in U.S. grocery channel, but it also sells product in U.S. mass retail, Canadian grocery retail and foodservice channels.

Under the agreement, Apio acquired all of the outstanding equity interests of Yucatan Foods for approximately $80 million, comprised of approximately $60 million in cash and approximately $20 million of Landec common stock. The stock has a 3-year sales lockup for half of the shares and a 4-year sales lockup for the other half. In conjunction with the acquisition, Landec borrowed an additional $60 million under its existing term loan for a new total term loan of $100 million, with interest on $70 million of the term loan fixed at a weighted average rate of 1.87% plus a spread based on the Company’s leverage ratio which can range from a low of 1.25% to a high of 3.25%. At close, the spread was 2.75%. In addition, Landec increased its revolving line of credit from $100 million to $105 million. Both the $30 million variable portion of the term loan and the revolving line of credit have an interest rate of Libor plus the spread based on the Company’s leverage ratio.

On a proforma basis for Landec’s fiscal year ending May 26, 2019, Yucatan is projected to generate net revenues of $55 million to $60 million and adjusted EBITDA of $6 million to $8 million. On a reported basis for fiscal year 2019, the acquisition of Yucatan is expected to add approximately $27 million to $30 million of net revenue to Landec but to negatively impact earnings per share by $0.12 to $0.15 cents per share due to (1) acquisition related costs (investment banking fees, legal fees, accounting and tax fees, appraisal fees, etc.), (2) the negative impact during the last six months of fiscal 2019 from stepping up Yucatan’s acquired inventory to fair market value (sales price less a small commission rate) which will significantly reduce the gross profit of the acquired inventory, and (3) interest on acquisition related debt. The Company will give an update on its full year fiscal 2019 guidance in its second quarter results release in early January 2019.

Molly Hemmeter continued, “Our internal research shows that 17% of U.S. consumers and 23% of Canadian consumers are considered ‘plant-forward’. These consumers are not necessarily vegan or vegetarian, but rather approximately 70% of their food consumption each day comes from plant-based ingredients. This consumer is currently looking outside of club and retail stores – to restaurants, meal kit companies and home preparation – to find what they desire. With a greater portfolio of fresh, plant-based products, Landec can partner strategically with retail and club customers to offer more solutions for plant-forward consumers and bring them back in-store.

“As we merge the two companies, immediate synergies exist between the Yucatan Foods and the Landec Natural Foods sales organizations. Yucatan Foods will leverage the experience of the LNF sales team within club stores and the produce department of retail stores, while LNF will leverage the Yucatan Foods sales team experience in the deli department of retail stores. Over time, the newly combined sales organization will be able to expand distribution of LNF products throughout the fresh store perimeter as this real estate continues to evolve to attract the plant-forward consumer.

“In addition to increased sales and distribution, there are other synergistic opportunities to drive future growth and profitability. In the medium-term, we will evaluate the potential for Yucatan Foods to leverage LNF’s refrigerated logistics fleet to reach their customers at lower cost while delivering equal or higher product quality and service levels. Longer-term, Landec may be able to leverage the Yucatan Foods relationships and footprint in Mexico to secure lower cost sourcing and manufacturing for its Eat Smart products. Numerous opportunities also exist for product innovations that leverage capabilities among the Landec Natural Food portfolio of brands.”

Hemmeter concluded, “Landec is committed to growing both of its businesses – Landec Natural Foods and Lifecore Biomedical. Over the years, we have successfully grown Lifecore revenues to create a profitable, CDMO business of scale. At LNF, we have continued to innovate fresh, plant-based products in high growth segments that add profitability while reducing volatility due to sourcing challenges – including our salad kits, olive oils, vinegars and pure-plant soups. With the acquisition of Yucatan Foods, the Landec Natural Food business adds another double-digit growth platform, a lower-cost infrastructure in Mexico and higher margin product offerings that exhibit less sourcing volatility in order to drive future, more predictable profitability.”