Potatoes (Solanum tuberosum) are one of the most widely consumed foods in the world. Though the French coined the term “apple of the earth” or pomme de terre, potatoes were brought to old-world countries by Spanish explorers.

The Incas discovered potatoes growing wild in the Andes Mountains and had been cultivating them for nearly two centuries for a variety of food and medicinal purposes.

Introduced to the Spanish in the 1500s, the explorers mistook potatoes for a kind of truffle, and took them back to Europe.

Acceptance, however, was slow; as part of the Solanacceae family (which includes some poisonous plants as well as tomatoes, peppers, and eggplant), a few well-publicized poisonings—from Europeans eating the harmful green parts of the potato plant (not the actual stem or potato)—resulted in widespread fear.

Today, potatoes are the U.S.’s top vegetable crop, with more than half being sold to processors for French fries and chips, dehydration, or used for other potato products. The remainder, often referred to as ‘table potatoes’ are sold fresh, used for animal feed, or set aside as seed tubers to grow new crops. 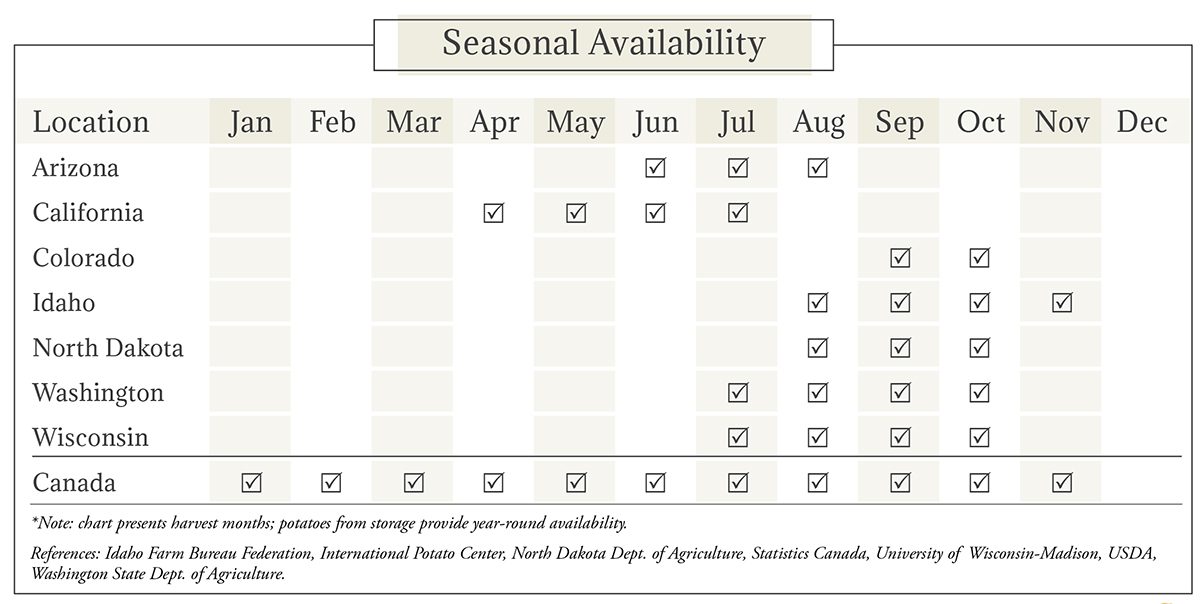