Mangos (Mangifera indica) were cultivated in India over 4,000 years ago. Known as the “fruit of the gods” or the “queen of fruits,” mangos were widely consumed throughout Southern Asia. Mangos eventually made their way via trade to Africa, Asia, Europe, and finally to the Americas. The first mangos were introduced and successfully cultivated in Florida in the early to mid-1800s. The Haden mango was the first commercially grown crop in Florida.

A member of the Anacardiaceae family, the mango tree is a relative of poison ivy, poison oak, and sumac—which means the plant produces urushiol, a chemical that causes an itchy rash. Luckily, mangos only produce small quantities, so even those who are sensitive to urushiol can usually consume the fruit’s flesh. Eaten both ripe and unripe, mangos are also dried and powdered to be sold as amchur, an Indian spice.

Types & Varieties
While the exact number of mango varieties is uncertain, there are at least 500 and perhaps as many as 1,000 with 350 grown commercially worldwide. In India, the world’s largest producer, mango types are usually classified as early, early to mid-season, mid-season, mid-to-late season, and late-season.

Varieties sold in the United States are characterized by size, color, and firmness. The roundest variety is Haden, with bright yellow flesh and a firm texture. Kent is a soft, oval-shaped mango with a distinct tropical flavor. Tommy Atkins is shaped like Haden, but with a less robust flavor.

The largest mango variety is Keitt, completely green with a hint of yellow when they are fully ripe. The Francisque mango from Haiti is medium-sized and flat. There are two small varieties of mangos: Van Dyke and Ataulfo (rebranded as ‘Honey’ by the U.S. National Mango Board). Van Dykes have a pineapple-like flavor while Honey mangos are very sweet. 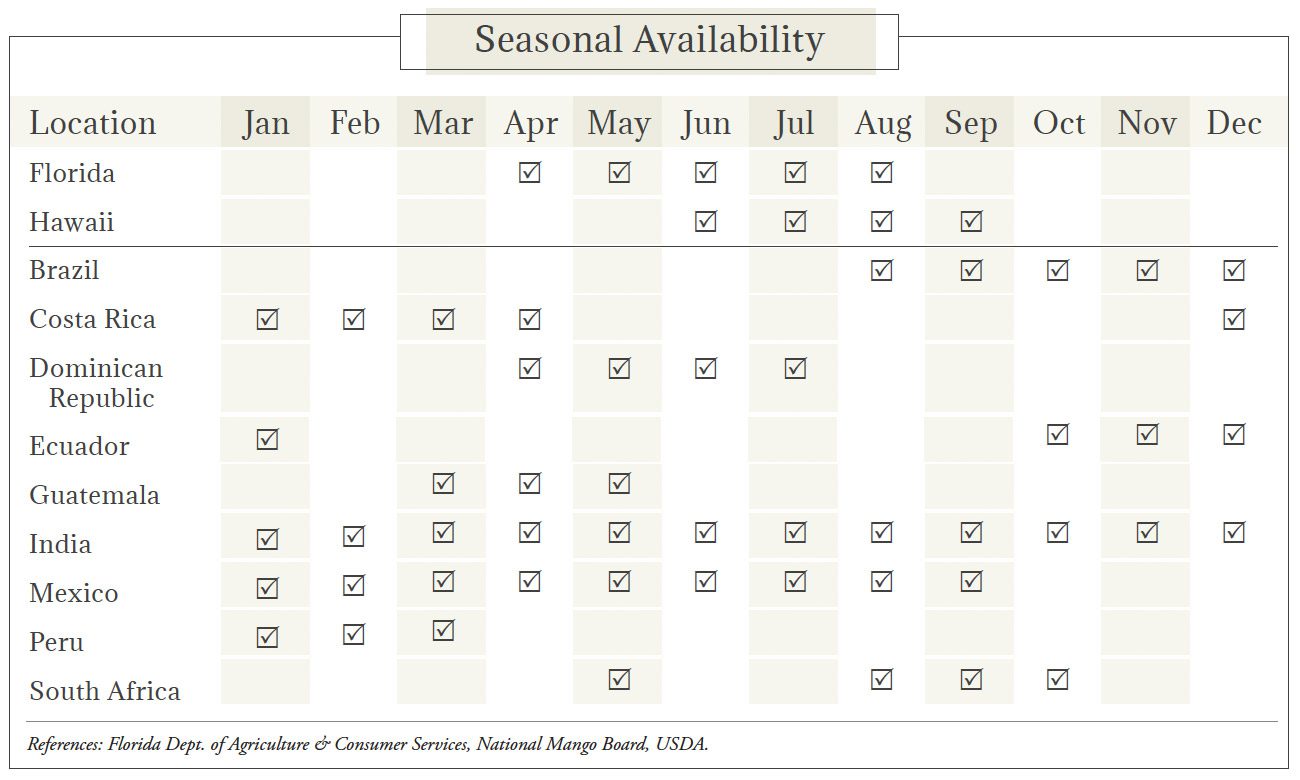