Sprouts are the edible, highly nutritious young shoots of newly germinated vegetable seeds or grains such as alfalfa, barley, soybeans, and wheat, as well as mung, adzuki, and garbanzo beans.

These nutrient-rich baby plants are believed to have been consumed since prehistoric times and prized for their health properties in Asia for millennia.

Today, sprouts are used to add flavor and crunch to salads, soups, and even desserts.

Because they require warm temperatures and moist conditions to grow, sprouts are highly susceptible to bacteria—including salmonella, E. coli, and listeria—particularly when growers and handlers do not take appropriate safety precautions. A number of foodborne illness outbreaks have been associated with raw sprouts, prompting the U.S. Food and Drug Administration to advise consumers to cook sprouts before consuming them. The agency also recommends young children, pregnant women, the elderly, or anyone with a compromised immune system avoid eating sprouts altogether. 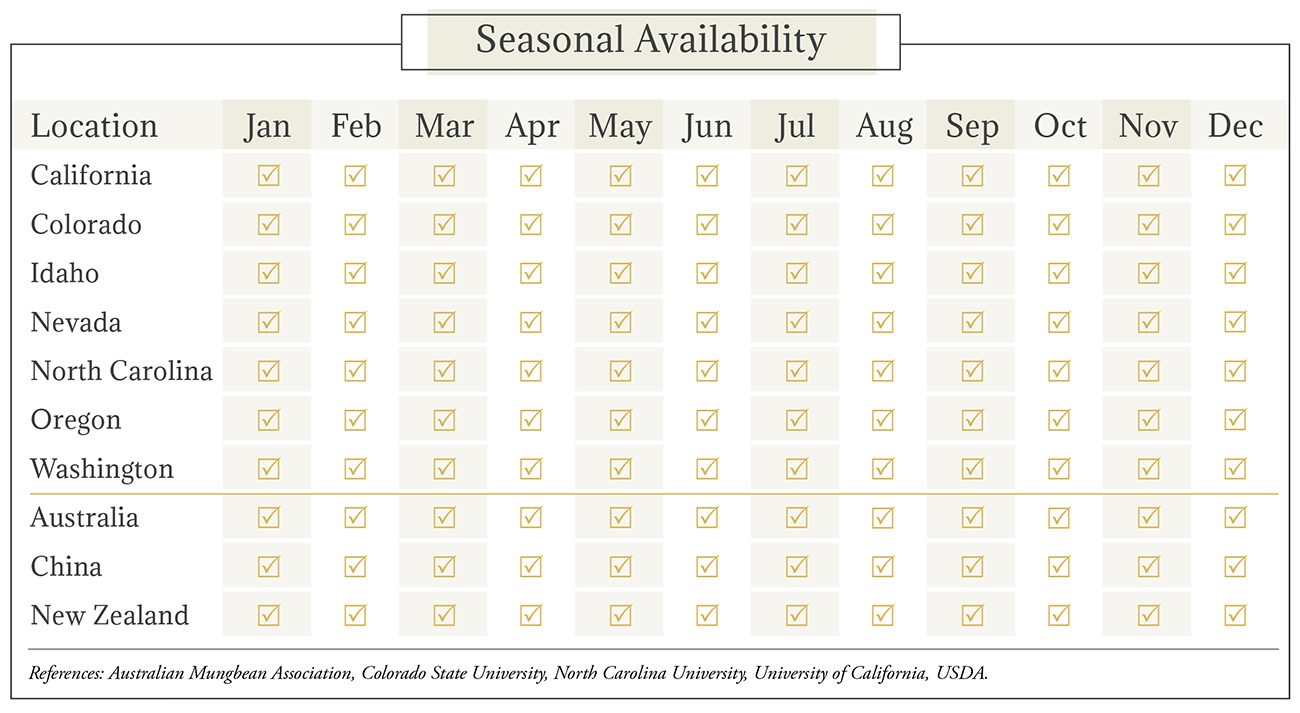 Types & Varieties
Sprouts can be produced from an array of vegetable or grain seeds. Alfalfa sprouts, grown from seeds of the common alfalfa plant (Medicago sativa), are the most commonly consumed variety in the United States; mung bean sprouts are the most popular worldwide.

Sprouts are eaten raw, added to sandwiches, salads, juices, or smoothies, or cooked and added to stir fry dishes, curries, and stews.

Sprouts thrive in a humid, warm environment with ideal temperatures between 70 and 80°F. Most sprouts are grown commercially in indoor ‘sprouting facilities’ where seeds are typically planted in well-drained, aerated, stainless steel trays or plastic containers.

Depending on the variety, sprouts are harvested between 1 and 8 days after germination. At the time of harvest, the sprout stem should be about 1 to 3 inches in length and topped by at least 2 tiny leaves.