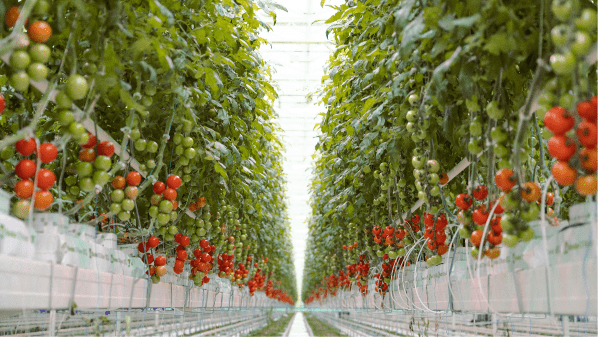 This marks the first time ever that all facilities in the AppHarvest four-farm network are shipping to top national grocery store chains, restaurants and foodservice outlets under a variety of brands for Mastronardi Produce.

The opening of AppHarvest Richmond last December delivered on the company’s commitment to quadruple the number of farms operating in its network by the end of 2022, in what the company believes is the largest simultaneous build out of controlled environment agriculture (CEA) infrastructure in U.S. history.

With this milestone, the company is moving from a focus on construction and development to the next phase of the business focused on operations. On January 3, 2023, AppHarvest named CEA industry veteran and AppHarvest Board Member Tony Martin as Chief Operating Officer to leverage his extensive background in CEA. Martin is working to optimize production, revenue and costs across the AppHarvest four-farm network totaling 165 acres under glass.

AppHarvest Richmond
AppHarvest Richmond, the 60-acre high-tech indoor farm growing tomatoes in Richmond, Ky., is harvesting and shipping from its first growing season of Campari and Maranice varieties of “Tomatoes on the Vine.” Opening in a two-phased approach, the second 30-acres in Richmond is expected to be planted later in 2023. With AppHarvest Morehead, the company expects to grow nearly 1.5 million tomato plants across the combined 120 acres.

AppHarvest Berea
Located in Berea, Ky., this 15-acre salad greens farm is believed to be the world’s largest high-tech indoor farm for autonomously harvested salad greens featuring a “touchless growing system.” AppHarvest Berea is designed to grow about 35 million lettuce plants at a time and is a supplier of the “Queen of Greens®” washed-and-ready-to-eat salad greens. On December 27, 2022, AppHarvest announced the completion of a $127 million sale-leaseback of the Berea farm to Mastronardi Berea LLC, a joint venture between Mastronardi Produce and COFRA Holding. Mastronardi Produce is AppHarvest’s exclusive marketing and distribution partner.

AppHarvest Somerset
The 30-acre high-tech indoor farm in Somerset, Ky., is shipping strawberries under the “WOW® Berries” brand for AppHarvest customer, Mastronardi Produce. AppHarvest Somerset is designed to grow nearly one million strawberry plants at a time, which are expected to produce for about eight months of the year. The crop is expected to alternate seasonally with long English cucumbers. In advance of the seasonal summer refresh for strawberries, the Somerset farm is expected to plant multiple acres of cucumbers to kick off its initial cucumber crop.

AppHarvest Morehead
AppHarvest Morehead, the 60-acre flagship farm in Morehead, Ky., kicked off its third season of harvesting ahead of schedule and is growing beefsteak tomatoes, Tomatoes on the Vine and snacking tomatoes. The Morehead farm has further diversified its crop set adding new varietals of premium snacking tomatoes sold under the Sunset brand as “Flavor Bombs®” and “Sugar Bombs®.”

About AppHarvest
AppHarvest is a sustainable food company in Appalachia developing and operating some of the world’s largest high-tech indoor farms with robotics and artificial intelligence to build a reliable, climate-resilient food system. AppHarvest’s farms are designed to grow produce using sunshine, rainwater and up to 90% less water than open-field growing, all while producing yields up to 30 times that of traditional agriculture and preventing pollution from agricultural runoff. AppHarvest currently operates its 60-acre flagship farm in Morehead, Ky., producing tomatoes, a 15-acre indoor farm for salad greens in Berea, Ky., a 30-acre farm for strawberries and cucumbers in Somerset, Ky., and a 60-acre farm in Richmond, Ky., for tomatoes. The four-farm network consists of 165 acres under glass. For more information, visit https://www.appharvest.com.